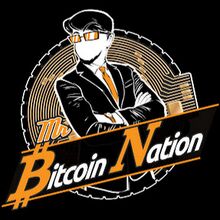 Since the return of True Capitalist Radio in 2016, Ghost's broadcasts have initially been two hours long, with him regularly continuing the show into after-show, often giving speeches, taking serious calls and continuing radio graffiti. Starting from episode 358, however, he decided to officially extend his broadcast length back to the original three hours.

When the broadcast ends, the majority of TCR listeners are cut off. BN King's live-stream continues after the broadcast, allowing internet-listeners to continue listening. Before, when the length was two hours, there was often a mass-migration of users from the thread on /pol/ to BN King's stream once the second hour ended.

During the live-streams, on at least one occasion, BN King has played music to accompany Ghost's speaking, playing the X-Files theme song while Ghost ranted about NASA to which some users in the chatroom complained while others were entertained. At the end of some broadcasts he has given short speeches himself to conclude the broadcast and thank people for listening. He has also spoken during technical difficulties in which Ghost has been cut off.

Ghost's relationship with BN King is a strange one. Originally, sometimes when giving him a shoutout, he'd all of a sudden start relentlessly making fun of him and his former name for containing "Brony", although most of the time he treated him with affection upon seeing him. This might be a result of Ghost's rusty memory or, more likely, Ghost warmed up to him upon realizing he's distributing his content like Elfoxoloco and DarkRazorZ and he became a full fledged member of the Inner Circle who invested into cryptocurrency.

Following Capitalist Episode 567, BN King gave a rant after the show stating he was tired of the behavior of the fandom, and that he would be rebranding his channel in the next year or two to distance himself from bronies in general. It's unknown whether this has any connection to the "Anti-Manchild Uprising" in the TCR Discord.

On June 7, BN King rebranded his channel to Capitalist King Network, renaming himself Bitcoin Nation King. Some would be rather upset with the change, accusing the chatroom and Inner Circle of pressuring him, however many simply accepted it and continued on as usual. The mentioned accusation would be proven true however.

On July 27, BN King was banned from streaming for three months due to violation of Youtube's sexual content guidelines during the stream of Capitalist Episode 597.

Following drama that occurred in Ghost's Discord after Capitalist Episode 600, BN King was kicked from both chats. He made a gab post, stating that he was done relaying streams and that he would take a month off from social media. Ghost would discuss the incident in detail on Episode 601, claiming that BN King had been exposed as a fan of anime in the past and had been confronted over it, revealing that the rebranding of his channel was a condition he had agreed to meet to remain in the Inner Circle. He went on to say that BN King had been caught hosting an anime livestream on Saturday night and was again confronted over it, resulting in his banning from the Inner Circle.

Since his ban from the IC, BN King has quit streaming, and unlisted all of his TCR videos.

After Ghost started The Ghost Show in 2019, BN King has regularly appeared in the YouTube chatroom and he called in during Radio Graffiti in The Ghost Show Episode 3, showcasing that he was now in good terms with Ghost.