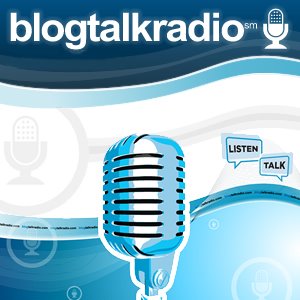 Blog Talk Radio is a web-based live radio/podcast hosting service. Blog Talk Radio or BlogTalkRadio is home to many shows including Ghost's shows True Capitalist Radio and True Conservative Radio. It also hosts many other shows, some of which being spinoffs of Ghost's own show, such as 186.DUCE and True Equestria Radio.

Blog Talk Radio hosts (that have connections to TCR)

Ghost has expressed irritation at BlogTalkRadio due to the bugs he consistently deals with while hosting his show - these can include the loss of going over time in January 2012, and in an instance when he started a show 17 minutes late since BTR's connection was not coming through to him. Ghost himself claims that he gets 'tip money' from doing BTR shows, and on some occasions has even gone to say that 'he makes the most money out of all the other BTR hosts'. While considering the uncreditability of this, know that Ghost also claims that he doesn't need the money he makes off of his show, and that he is only in it to spark synapses, yet this sometimes comes under questioning when we observe how Ghost acts on Twitter and to his fans.

In the first Inner Circle chat, Ghost claimed to have a consistently positive relationship with BTR in spite of his problems with them in the past. He claimed that he was in talks to monetize the show, that he was a major part of the site's success, and that the site's operators had in fact approached Ghost after hearing about him on Paltalk and Yahoo!. He has yet to provide evidence for these claims.

On rare occasion, the Capitalist Army may go on raiding sessions in different shows, playing clips of Ghost's voice to annoy hosts (and Ghost eventually, since he does not permit these kind of calls, and hosts start flaming him as a result). When Ghost goes on extended breaks, other shows provide 'void entertainment' to fill in while Ghost is gone. Following the temporary end of True Capitalist Radio in May 2012, there was a mass confusion of what would be done now that Ghost was off from doing radio shows. Once Caiden Cowger proved himself to be an uninteresting and boring host, raids were conducted against Psychic Kay's broadcast, in a three month long event that featured some of the remaining members of the Capitalist Army on their final official raid. Kay quit in October, and the 'Kay Gallagher Brigade' fizzled shortly afterwards, and Army raids came to a complete halt by winter, aside from a few rogue callers on Goofy Bone.

Occasionally there were 'reunions', where former members of the Army would go on trolling crusades on BTR for an evening, but these dwindled as interest in Ghost's comeback declined further. The meager number of remaining members no longer express interest in raids.

Raiding shows is simple, since *67 (the 111 area code) numbers are allowed on the line, and Skype names do not need verification (some shows have call screeners however). This is how IbanEzzo, the Internet Buttstalker, and Mr. Tacos were able to call Ghost so many times per show. Many hosts have been trolled with Ghost soundboards, and a few are even aware of this, and reciprocate with annoyance if a random raider arrives on their show to irritate them. Check out the How To Be A Good Troll page if you want some pointers on how to discover tactics to use against hosts. Many hosts, however, will not let you on the line after one call, and popular shows use real call screeners to stop audio files and music from being blasted out loud.

Not a single other host has such a livid exciting show as Ghost does, complete with rage, cursing, and jokes, all at a very fast pace, and he has acknowledged and approved of this. Many fellow Conservative hosts have had feuds with Ghost, and he has 'sent his personal army' to their shows from time to time through Paltalk to dissuade them from bothering him again. Many hosts dislike Ghost, citing that he is a bait for attention, or that he is not legitimate at all as he claims often. Other hosts have a 'love-hate' relation with him, such as Goofy, who still tweets him often (to no response) and uses sound files from him on his own show, yet claims that he is outdated, and no longer relevant to anyone else on BTR (yet Goofy mimics Ghost often, through Bean and Cheese Graffiti). Vince in the Bay has held positive relations with Ghost, yet mocks him from time to time on how easily he gets upset, and that his show is a joke.

Past events have occurred on BlogTalkRadio, with Ghost on the sidelines. Most of these events were drama wars fueled by 4chan trolls who pitted Debi Daly against other hosts to their enjoyment. Ghost mostly stood on the sidelines observing these wars from his own broadcast, until he was thrown into one by one of his own trolls - creating the infamous Troll War III.

End of TCR on BTR

On March 21st, Ghost announced that BTR had not paid him for some time recently, stating he doesn't know what the show's future is depending on the situation, eventually rage quitting the show extremely early. The following show, Ghost announced that BlogTalkRadio had been bought out by Spreaker, a competitor service that some former BTR users migrated to, and which many encouraged Ghost to move to. However, Ghost turned down these ideas in the past, citing that Spreaker doesn't monetize content like BTR does. As such, due to this merger, Ghost's contract with BlogTalk was null and void, effectively meaning he was no longer being paid, with Ghost announcing that show that the show would be moving off BlogTalkRadio by the end of the month.

On March 27th, having skipped the previous day's show, Ghost hosted a special free-format Taco Tuesday show, announcing the end of the show's run on BlogTalkRadio. Ghost expressed his plans to not only bring the show back on via ghost.report, but also have a 24/7 internet radio station, with many different individuals hosting their own shows while Ghost is off the air. The show's fate is, at present, unclear, however Ghost has said that the show will be back by Late April, 5th of May at the absolute latest.

Ghost would return to conduct his independent broadcast off his blog on Ghost.Report. Upon Ghost's departure from BTR and him removing Radio Graffiti from the show, much of the trolls he had began to attack another BTR host by the name of TonyTalk. On Episode 600, Ghost got word that the trolls were going after Tony and he blamed Ghost for sending them over to him. Ghost didn't seem to care much and still encouraged the trolls to leave him alone and find other people to annoy.

In November 2019, BlogTalk had emailed Ghost, stating that unless he payed $30 a month, the entire archive would be removed from the site. Due to his Jewish tendencies of refusing to pay to keep the archive up, listeners scrambled to download every episode from the archive into torrents.