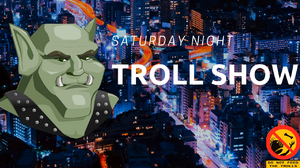 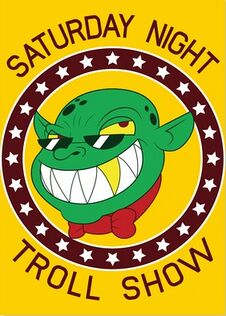 Ghost had plans about cancelling Radio Graffiti on his show entirely as early as 2012, but he never actually started bringing these plans into fruition until Capitalist Episode 459 when he decided to hold a contest in the form of autograph sales about the fate of Radio Graffiti. The rules of the contest were that if Mr. Fortune Cookie autographs sold more, Radio Graffiti would stay, while it would be removed if Mr. Optimism autographs sold more. Ultimately, Mr. Optimism was victorious and the end of Radio Graffiti was made official.However, the decision about removing Radio Graffiti sparked outrage from the community and allegations began to rise that the whole competition had been rigged from the start in an attempt to milk more money from trolls desperately attempting to keep Radio Graffiti on the show. It was also later alleged that the Arab Prince had interfered by purchasing 100 Mr. Optimism autographs at the last minute. In response to these allegations as well as the high sales of Mr. Fortune Cookie autographs, Ghost decided to make a compromise between trolls and serious callers by leaving only 10-15 minutes for Radio Graffiti on regular broadcasts and creating a separate weekend broadcast completely dedicated to trolling. Many trolls accepted the compromise, though as the show has gone on some have complained about Ghost wasting too much time before getting to shoutouts and Radio Graffiti.

Retrieved from "https://truecapitalist.miraheze.org/w/index.php?title=Saturday_Night_Troll_Show&oldid=19596"
Category:
Cookies help us deliver our services. By using our services, you agree to our use of cookies.