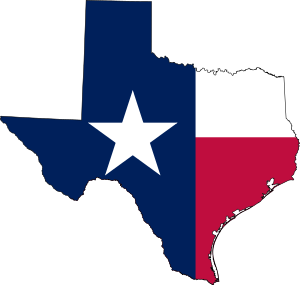 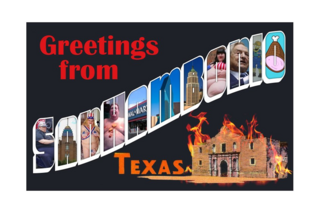 The following Monday, on Capitalist Episode 354, Ghost ranted about how he had already begun to hate San Antonio for being a "shithole", and complained he had been sold his new residence on false pretenses. One particular incident that upset him was having a poor Mexican kid try to sell him candy apples on a street corner. He considered going to the city's leadership and complaining about the state of the city, and lamented being stuck with his current residence, by contract, for six months before he could get out.

This let to several troll names, including the most popular, even adopted by Ghost as a nickname, "San Hambonio", due to the amount of fat people he sees walking around. However, in Episode 358, Ghost said that it's not all that bad, and that he had begun to settle in a bit. However, when it was announced that Infowars was looking for a new radio host, Ghost began practically begging Infowars for the job, because he's homesick and wants to go back to Austin. 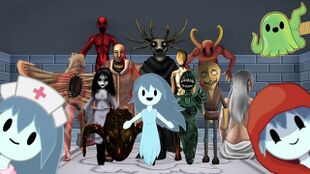 On March 23, 2018,Ghost announced that he would once again be moving, but still be living within San Antonio. His new home is a house with, Ghost boasts, 5000 square acres of land. Ghost described the inside as beautiful, and wondering why such a nice property was so cheap, Ghost had learned that the house was once a scene murder-suicide. Ghost did not care about the crime taking place there at all, and remarked he might be broadcasting in the exact room where deaths occurred. So coincidentally, Ghost, might in fact, be living and broadcasting with Ghosts. He moves there in May 2018.

Retrieved from "https://truecapitalist.miraheze.org/w/index.php?title=Texas&oldid=10288"
Categories:
Cookies help us deliver our services. By using our services, you agree to our use of cookies.