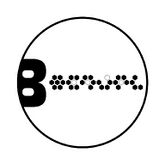 —How Spermy Ghostini started most of his calls as 8Equal

Spermy Ghostini, formerly 8EqualHambone, or 8Equal for short, was a splicer and remixer in the TCR Community who chimed in on True Capitalist Radio in mid-2016. He is known for his off-color yet highly successful splices, as well as his Tamina The Trap character, EAS Calls, and Twitter Name splices.

When he was known as 8Equal, he was a divisive figure in the community. On one hand, his splices were praised for their high technical quality, but on the other hand, they were also often criticized as repetitive or simply unfunny by some listeners and some of the worst examples of Story Splicing in the show, often taking as much as a full minute or more of airtime.

After some unrelated drama in the Official TCR Chatroom during the TCR Chatroom Cold War, he left the chatrooms and began making claims that he would leave the show after The Ghosties in 2017. However, following an incident where he was doxed and his parents finding out about the content he had been creating for the show, he left by Christmas, though he occasionally made a few more calls up until Ghost leaving BlogTalkRadio in March 2018. He occasionally was in the BN King chatroom prior to it being shut down in late July. Spermy made his final presence on the show during Capitalist Episode 561, where he showed up in the chatroom presumably mocking Ghost, resulting in Ghost putting him in the woodshed and shouting homophobic slurs at him.

In August 2018, he officially left the TCR community, wanting to leave behind his trolling days. However, he briefly returned for The Ghost Show in 2019, now under the moniker of Spermy Ghostini, making splices once more before leaving the show once again.

Spermy Ghostini joined the TCR Community on Tinychat in Mid-2016 under the name error37. After attempting to propose TCR Greatest Hits in the chatroom containing Brony Splices, he was banned by the moderators. He came back as "8EqualHambone" quickly after the ban without the mods even noticing.

He made his first call on Episode 358 during the start of the TCR Civil War, but didn't achieve his first cans until Episode 378, with a fake EAS call based on the supposed raiding the previous episode.

The idea behind the name for 8EqualHambone was supposedly "Penis with a Hambone".

Spermy Ghostini made several splices with the likes of Nightprowler, SharpSplicer, J-Man Capitalist and many others.

After Episode 445, plans to make a parody of The Magic School Bus theme were initiated by Tub Guy with TopBadge and Pylons, entitled The Magic Short Bus, inspired by Ghost's creation of the Short Bus to house all the Tards in the Inner-Circle, with production taking place during the weekend with Spermy providing vocals and audio production. The splice was played on Episode 446 and caused plenty of rage.

Due to other trolls like Elfoxoloco posting suggestive content on Discord, it spawned an idea for Spermy to create Tamina The Trap as a new character.

She (or he) made her debut on Episode 448, the call depicts Ghost coming to Tamina's house to have "a good time", despite discovering that she is a Tranny saying; "Goddamn. It's a Trap Penis!". The character was successful and was regularly used from this point on.

Since Spermy's return to trolling, he has retired Tamina The Trap as a character.

As a self-confessed former Brony, Spermy (then 8Equal) made his and Tinychat's first collab splice of an Anti-Brony nature with several members. However during production, a recording of this was passed to Twilie Atkins who edited down the conversation in to a splice similar to Spermy Ghostini's. This was used as a counter-troll by Twilie and Scarlet Moon.

On Episode 415 during the Templeton Carpet Crisis, Spermy finally played the splice with an additional message saying: "Had this splice not been sabotaged by the Bronies, this call would have went out perfectly without any problems."

Tensions continued as Spermy called out several bronies including Disco Waffle via Twitter.

Ultimately, Spermy, Twilie Atkins, and Scarlet Moon apologized to each other on February 4th to make amends.

At the The Ghosties (2017), Spermy (then 8Equal) and Pylons shared the award for Best Audio Splicer, winning in a tie.

In The Ghost Show Episode 72, Spermy played an audio splice of Ghost marrying a pig as his supposed wife, which enraged Ghost greatly. The rage caused him to cans for almost 30 seconds, making Spermy break the record for the longest cans on the show.

Retrieved from "https://truecapitalist.miraheze.org/w/index.php?title=Spermy_Ghostini&oldid=19347"
Categories:
Cookies help us deliver our services. By using our services, you agree to our use of cookies.