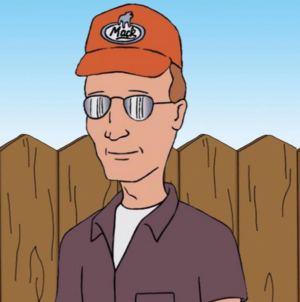 Action Capitalist (also known simply as Action), is a troll, former splicer, and the current owner of the La Casa De Trolls Discord.

He joined the TCR community in late August 2016. At that time, he joined Discord in order to stay up to date on the whereabouts of Ghost's show. Over the next few months, he gained an understanding of how to be more like a troll, which helped later on in 2017. One of his first calls into Ghost's show involved him impersonating Bill Clinton in Capitalist Episode 456.

Later on, his first successful troll call happened on the Saturday Night Troll Show #3, where he used the then-current trolling tactics of spamming the Scout from Team Fortress 2's voice command "need a dispenser here", and instead combined all nine classes from the game, which resulted in a successful cans.wav. As of October 31st, 2017, he began calling in with the area code 915 as his moniker from now on.

During Radio Gaffiti on Capitalist Episode 501, he made a splice involving Ghost being a "cock-sucking Ghost", and fondling someone in their sleep. This led to him making other splices, which varied in type and theme. One being an auto-tuning one of his many Autism rants in episode Capitalist Episode 525. As of the last broadcast on BlogTalkRadio (March 27, 2018), Action has obtained a total of 15 individual cans.wav, and one group cans.wav.

When Ghost started broadcasting on YouTube, Action began calling in again with one of his characters long been shelved, appropriately named "Peter Pumkineater". This character made it's debut on The Ghost Show Episode 6 Most of the calls done so far involve him addressing himself in a nervous manner, and then starts talking with Ghost about show-related events.

Action began playing other people's splices, (similar to how Scarlet Moon did back in 2017 with his queue system), along with his own splices. Some of the names he has used for calling include "Bathroom Pervert", "Red country", "Chicken Tendies" and "Rolling Rock". He would also use names that would be specific to one splice, or a topic related to it.

Retrieved from "https://truecapitalist.miraheze.org/w/index.php?title=Action_Capitalist&oldid=17536"
Categories:
Cookies help us deliver our services. By using our services, you agree to our use of cookies.