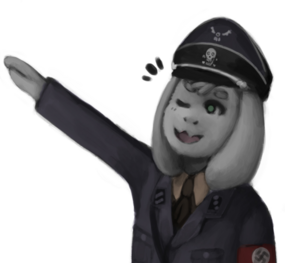 Asriel is an avid goat-fucker

Asriel, sometimes refered to as Asriel (The good one) is a troll that frequents The Ghost Show, probably most well known for writing a thesis proclaiming that he wants to fuck the goat from Undertale, referring to himself as a Toriel fan. He continues to be an active member of the Ghost Show community, shitposting and acting hostile towards spergs.

Asriel first started appearing on the show via TTS in late April or early May 2020, shelling out for a Saturday night troll show chatroom invite on 5/5/2020. The drama around this occurred live on the air in show 164, where Ghost played a narrated version of 'A Completely Serious Thesis by Asriel' which Asriel explained was only a troll.

In April 2020 Piss Goblin became very irate with Asriel in the show's TTS donations after Asriel spoke out about transtesticles.

A Completely Serious Thesis by Asriel

Retrieved from "https://truecapitalist.miraheze.org/w/index.php?title=Asriel&oldid=18677"
Category:
Cookies help us deliver our services. By using our services, you agree to our use of cookies.