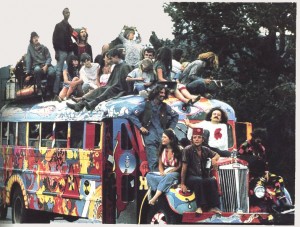 Baby Boomers are the demographic of people born between approximately 1946 to 1964, during the post World War II baby boom. Ghost has been extremely critical of that demographic, and states that they are one of the reasons why we are living in Junkyard America. What makes his hatred of them ironic is that Ghost may be a baby boomer himself.

In Episode 556, Ghost went off on Generation X and the Millennials not being politically informed or active, and also that they were not taking away government positions from the baby boomers. This caused him to get angry to the point where he started dropping F-bombs non-stop, and eventually just Rage Quit with thirty minutes left in the broadcast.

Retrieved from "https://truecapitalist.miraheze.org/w/index.php?title=Baby_Boomers&oldid=11699"
Categories:
Cookies help us deliver our services. By using our services, you agree to our use of cookies.