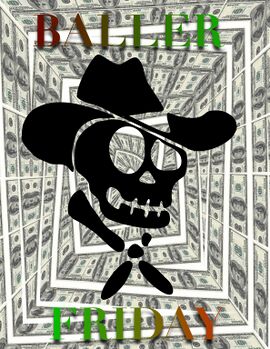 Baller Friday is a term coined by Ghost, the host of the True Capitalist Radio broadcast. He uses it to refer to any Friday, where capitalists like him relax after a week of playing the markets. More often than not, after heavy trolling and some good, sweet rage, Ghost often claims that the troll terrorists have ruined Baller Friday for him.

Unless it is a holiday such as Black Friday, or if he was enraged greatly during a broadcast earlier in the week, Ghost has always done Friday shows. The trend of him not doing Friday shows has increased significantly during The Ghost Show, sometimes missing several in a row, as he did in July-August 2019.

Retrieved from "https://truecapitalist.miraheze.org/w/index.php?title=Baller_Friday&oldid=20322"
Categories:
Cookies help us deliver our services. By using our services, you agree to our use of cookies.