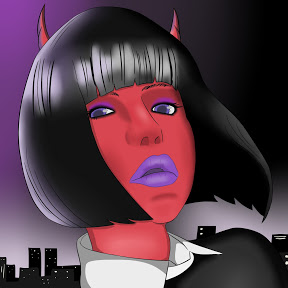 bmar896 is a YouTuber who was the primary uploader of Radio Graffiti content on YouTube after Elfoxoloco's retirement from the show in the aftermath of the Elfoxo Poz-Hole incident, to March 30th, 2018, when all Radio Graffiti content was deleted from his channel. He started uploading Radio Graffiti calls on his channel beginning with Ghost's return on March 2016. He then began to upload Radio Graffiti segments on a semi-regular basis from March 2016 to May 2017. After Ghost ended his break, he started uploading videos on a regular basis to take over as the community's primary RG uploader. Unlike Elfoxo and DarkRazorZ, his videos have custom thumbnails, which are usually taken from the TCR related threads on /pol/.

Other than Radio Graffiti uploads, his channel contains a series of TCR related Garry's Mod videos and he has hosted two trolling collaborations where different people did their own TCR Garry's Mod & Source Filmmaker videos.

On March 30th 2018, Bmar would be hit by a community strike for the upload of Episode 559. Bmar would initially believe it was flagged based on the image he had chosen, that being a man in a wheelchair on fire. He would attempt to re-upload the episode, hoping that it wasn't being flagged based on audio content. However, on March 31st, Bmar would mysteriously remove all of his Ghost uploads, leaving many clueless as to what happened. He would later reveal in a Youtube comment on his channel page that he received a second community strike, and fearing a suspension, removed all his Ghost uploads.

On April 1st, InsaneEnergy would begin archiving his uploads in an attempt to preserve the episodes. On April 2nd, bmar would announce that he would begin re-uploading the clips in 2 weeks time once the upload ban expires, however some still fear his channel could be taken down for good due to the strikes still being in effect.

On April 15th 2018, Bmar made a video explaining the situation his channel was going through. He had deleted all his videos in the fear of a third strike. He quickly made audio only backups of all his videos and uploaded them to mediafire. While he didn't give response as to wether he will be making more Ghost related uploads or not, many people in the comments encouraged him to move to an alternative video-sharing site like Vimeo or Dailymotion.

Bmar uploaded a new TCR related video on May 26th 2018. He stated that he probably isn't going to be uploading more TCR related content and only made this video to showcase to his viewerbase the current state of TCR. He went on to criticize Ghost for the show's bad audio quality, his horrible mic, the frequent Soliloquy's that wasted broadcasting time and the use of copyrighted material in the intro, calling it one of the worst intros he's ever heard.

Upon the first episode of The Ghost Show airing, bmar began uploading segments from said show. Following his upload of highlights from Episode 18 however, bmar would quit uploading Ghost content, seemingly for good, citing a lack of quality and a desire to move on with his life and his channel.

Retrieved from "https://truecapitalist.miraheze.org/w/index.php?title=Bmar896&oldid=15042"
Category:
Cookies help us deliver our services. By using our services, you agree to our use of cookies.