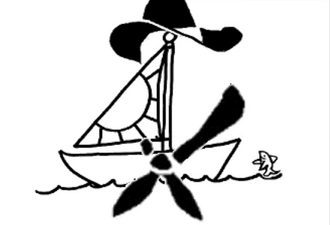 Boat073/Boat73/Boat was a splicer and remixer who is most famous for his instant splices, usually making cartoon splices, half a tard splices, satanic splices, and musical remixes ranging from mixing Ghost with Nickelback to Bohemian Rhapsody, occasionally auto-tuning him as well.

Noted for his speed and his ability to make cans.wav relatively easily, he is often described as Internet Buttstalker-esque by Ghost for how he uses voice clips of Ghost within mere minutes or seconds of them being said and edits them with audio effects, most of the time with the accompaniment of a song. He has also worked with other trolls, including 8Equal.

He received more acclaim for burning 4 of Ghost's autographs in Episode 374, claiming he was sacrificing them to his gods to ensure a Trump presidency, much to Ghost's anger, leading to 4 cans at the beginning of the second hour.

From 2017 onwards, most of his calls are unmarked. He was a member of Ghost's Inner Circle before leaving due to personal reasons in mid-2017.

In The Ghost Show Episode 36, Ghost revealed Boat had allegedly been kicked out of the Inner Circle due to a long period of suicide threats, culminating with Boat uploading a picture of his face being cut and being subsequently kicked out of the IC.

Retrieved from "https://truecapitalist.miraheze.org/w/index.php?title=Boat073&oldid=15390"
Categories:
Cookies help us deliver our services. By using our services, you agree to our use of cookies.