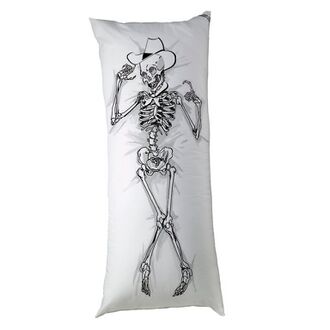 BlogTalkRadio had technical issues preventing anybody from calling/listening to the broadcast forcing Ghost to not do Radio Graffiti and people listening in to use the player. During the broadcast, Ghost told a story when he was visiting a store and a lady in the line accidentally touched Ghost's penis. To lighten the mood, Ghost told the woman "Hey don't touch my gun" which caused the woman to look at him like he had farted on her Sunday dress and started shouting at Ghost for being sexist with several people recording the incident with their phones. Eventually a woman came to defend Ghost saying that Ghost was just "Trying to make an awkward situation less awkward".

After talking about virtual girlfriends in the show, Ghost got bombarded with images of a Ghost body pillow on Twitter. This caused Ghost to go on a 10 minute puke.wav after Twitter Shoutouts from absolute disgust and nearly Rage Quit the show. Later on he also received pictures of a Donald Trump buttplug and a Butter body pillow.

Retrieved from "https://truecapitalist.miraheze.org/w/index.php?title=Capitalist_Episode_352&oldid=10399"
Category:
Cookies help us deliver our services. By using our services, you agree to our use of cookies.