Description: It's Baller Friday! Ghost opens up the phone lines and discusses whatever you want to talk about on this free-format edition of the program! What would you like to discuss? Donald Trump? Hillary Clinton? Obama? Bernie Sanders? Joe Biden? Wikileaks? DNC leaks? Democrats? Republicans? Liberals? Conservatives? Election 2016? Syria? Iraq? Iran? Libya? Turkey? Russia? China? Business? Stocks? Advice? Relationships? Personal? We will discuss anything you can to talk about on this Baller Friday show! Your calls, Twitter shoutouts and Radio Graffiti! 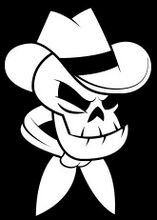 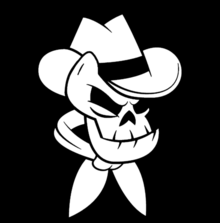 Interestingly, Ghost labeled it Episode 352 in the description, despite the actual Episode 352 having aired the day before.

Towards the end of the episode, Ghost unveiled his new avatar, designed by KaraszKun, which was met with mixed responses by fans and trolls alike.

This episode marked the first time the Engineer has taken over the show since 2012. Following Twitter Shoutouts, Ghost took a short break, throwing on Electric Fence's "Pampers & Ponies" song. The Engineer soon took over, cutting off the song early and he played his theme song before Ghost came back into the room. It abruptly cut to another song, then ended with Ghost berating (and likely beating) the Engineer.Ghost said he would be moving to San Antonio from Austin this weekend, and that he may hold another Paltalk session, and have it so only the Inner Circle members can talk to Ghost directly.

Ghost also mentioned the positive response to the autographs he's been selling, having sold nearly 100 of them within a day of release. He stated that he may temporarily take them down to give him more time to make more of them.

Despite Ghost claiming earlier in the week he would hold a full 3 hour show on Baller Friday, this did not happen, but was hilariously lampshaded by Benito Ghostini/Yorkshire Capitalist in a splice. Ghost claimed that he hasn't added the third hour back due to him moving out of Austin.

BlogTalkRadio is apparently hosting the post-show again, as a call from Tub Guy at the end of Radio Graffiti went past the second hour mark.

Retrieved from "https://truecapitalist.miraheze.org/w/index.php?title=Capitalist_Episode_353&oldid=10398"
Categories:
Cookies help us deliver our services. By using our services, you agree to our use of cookies.