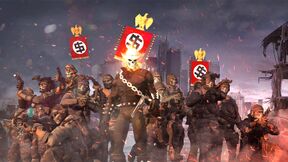 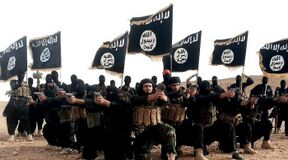 —Ghost, telling the Engineer to do just that, upon hearing an audio splice of him about his son

The ultimate flexing of Ghost's nuts, Chatroom Martial Law, also commonly known among trolls as Chatroom Sharia Law, is the result of Ghost ordering the Engineer to lock down either the BTR or his Discord chatroom so that other users couldn't send each other messages. The messages were however still visible to Ghost in the BTR Chatroom.

Ghost regularly shut down the chatroom during Twitter Shoutouts so that he could post his Twitter name in the first run of True Capitalist Radio. He usually did not refer to this as "Chatroom Martial Law" but as "Locking down the chatroom".

When Chatroom Martial Law was disbanded, the chatroom instantaneously turned into a dick-waving contest to see who can type "first" the fastest. 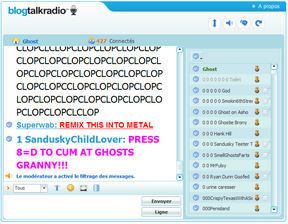 Ghost also locks down the Chatroom when the broadcast ends to order to prevent people from talking about him after the broadcast. From around late February-mid April 2012, the chatroom on BTR was removed and has not returned after Ghost came back in 2016, meaning that Chatroom Martial Law was no longer needed.

During Episode 497, Ghost enacted Chatroom Martial Law on his own Inner Circle chat after an underage IC member trash-talked him.

With Chatroom Shoutouts being added back to the show when Ghost's Discord debuted in February 2018, Chatroom Martial Law became common again.

Retrieved from "https://truecapitalist.miraheze.org/w/index.php?title=Chatroom_Martial_Law&oldid=13729"
Categories:
Cookies help us deliver our services. By using our services, you agree to our use of cookies.