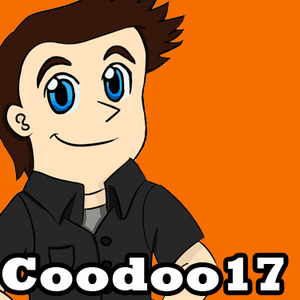 —Ghost, on Coodoos final call of the first run of TCR in episode 226

Coodoo17 (also known as DarthWaddleDoo on his Ghost-related Youtube channel) was a well-known remixer, splicer and video maker. According to his Twitter, he is the "True Capitalist Voice Actor and ruiner of Baller Fridays". Coodoo also used to make Sonic the Hedgehog sprite animations on his popular alternate channel before quitting.

He usually calls in with an area code of 952, either playing a remix he created or singing a parody song to Ghost. Coodoo has called in as Kermit the Frog, KaraszKun, a "gay" German and Debi Daly. He irritated Ghost, especially during the final weeks of the original run of the broadcast, and caused multiple halts to the broadcast in April and May of 2012.

His work as a troll includes:

Those mentioned above and the rest of his calls to the show can be found in this compilation, made and posted by Coodoo himself.

On Ghost's 2015 video, Coodoo made a comment, hinting a possible return to troll terrorism. Most of the replies have been warnings by the Capitalist Army for him to not do so again. Coodoo has made no response.

Coodoo did indeed start calling in again after The Return, with a Mambo No. 5 and Dynamite remix of Ghost, causing massive rage. He was making regular Insult carols and remixes, however since the death of the Skype system hasn't been calling in as frequently. He hasn't returned after The Ghost Show started in 2019.

Retrieved from "https://truecapitalist.miraheze.org/w/index.php?title=Coodoo17&oldid=18693"
Categories:
Cookies help us deliver our services. By using our services, you agree to our use of cookies.