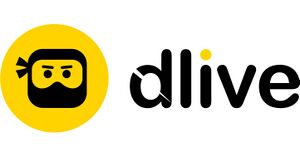 After the events of the January 6th, 2021 Capitol Building Protests. DLive later announced it would start halting any donations or paid subscriptions to any X-tag channels. With Ghost being absent since before the protests, it is unknown whether Ghost left or was stripped of his donations from DLive. On February 4th, 2021, DLive banned Ghost's DLive chatroom for violating DLive's Terms of Service. After Ghost returned from his hiatus, Ghost made a chatroom on Ghost.report that appeared on the Episode 211 of TGS. Ghost later recovered the chatroom on the 213th episode of TGS on April 6, 2021. Until the chatroom was closed again on June 1, 2021 as Ghost was streaming Episode 229 of The Ghost Show within 3 hours of the show stream.

Retrieved from "https://truecapitalist.miraheze.org/w/index.php?title=DLive&oldid=20144"
Categories:
Cookies help us deliver our services. By using our services, you agree to our use of cookies.