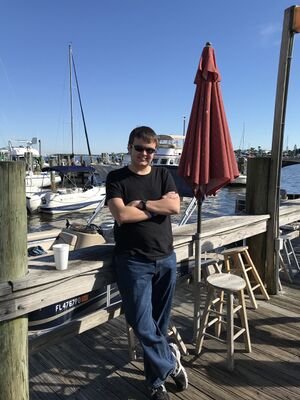 Danny J in the flesh.

Danny J is a known splicer who has had sporadic appearances throughout the show. He's also known to change his name to piss off Ghost during Twitter/Gab Shoutouts.

He's one of several True Capitalist Radio splicers who calls in under the moniker of "Anonymous". Danny J, like many splicers, uses Google Hangouts to call into the show.

What is he known for?

Danny J is known for the following splices that have played so far on the show:

Retrieved from "https://truecapitalist.miraheze.org/w/index.php?title=Danny_J&oldid=12589"
Categories:
Cookies help us deliver our services. By using our services, you agree to our use of cookies.