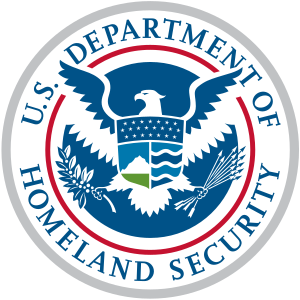 —Ghost, on the unnamed DHS agent

The Department of Homeland Security (DHS) is one of the cabinet departments of the government of the United States of America, typically dealing with matters within and along the borders of the country. Ghost allegedly ran into two members of the DHS on the morning of August 11, 2016 with his wife, culminating into the Double Dipping Incident. He ended up not doing a show that day as a result of it. After the incident, Ghost maintained a bleak opinion on the DHS, claiming they're trying to regulate his speech. Trolls made sure he never lived down the incident, often via Twitter Shoutouts and during Radio Graffiti.

Retrieved from "https://truecapitalist.miraheze.org/w/index.php?title=Department_of_Homeland_Security&oldid=14889"
Categories:
Cookies help us deliver our services. By using our services, you agree to our use of cookies.