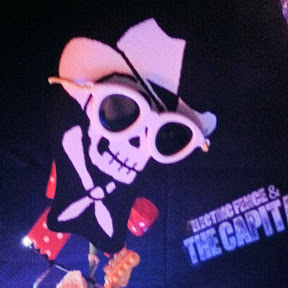 Electric Fence Studios is a YouTube channel that has written a series of songs for Ghost and the True Capitalist Radio broadcast. These songs are performed under the band name 'Electric Fence and the Capitalists'. These songs are greatly appreciated by Ghost for supporting his capitalist ideals, despite the inclusion of lyrics insulting Goofy Bone. Ghost often retweets them during one of his fits against Junkyard America, for which one of the songs is named.

After a long absence, Electric Fence Studios made their return a few months after Ghost came back, on June 24, 2016 with a new song Pampers & Ponies in the light of 2016 MaskedPony Incident. While Ghost seemed to be glad to have Electric Fence back, he was highly disturbed by the new song.

His channel can be found here

Retrieved from "https://truecapitalist.miraheze.org/w/index.php?title=Electric_Fence_Studios&oldid=10004"
Categories:
Cookies help us deliver our services. By using our services, you agree to our use of cookies.