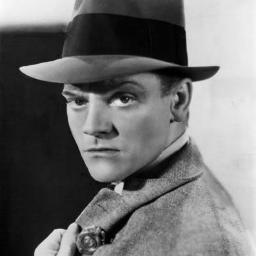 One of Gmans many avatars.

GmanAgent32, formely known as GmanCapitalist, was a user who, as the name implies, liked to pretend he's a detective or a government spy on the internet, including the way he talks and his avatars, which has been said to resemble such characters from the film noir movies of the 1930s, despite his username suggesting otherwise. He used to tweet about politics on his Twitter account.

Gman was once a huge Ghost fanatic. He was an admin in the PalTalk and created the True Capitalist Army blog, which he eventually tried to convert into a political discussion site, but that never worked out. He is also responsible for creating the infamous Anti-Lamar Smith poster and many articles and graphics used by the Capitalist Army.

He disowned Ghost about the same time the PalTalk admins did, but soon came to love him again, drawing fan art of him in his math classes. However, he wound up hating him again when many others also started to do so on November to December 2012.

Some people have claimed the G in Gman stands for Ghost. Gman denied this with a passion, claiming that it stands for Government.

Gman appears to be inactive as of Ghost's return in 2016, though he did post to /pol/ back in December 2015 in this archived thread about Ghost's return.

Retrieved from "https://truecapitalist.miraheze.org/w/index.php?title=Gman&oldid=13893"
Categories:
Cookies help us deliver our services. By using our services, you agree to our use of cookies.