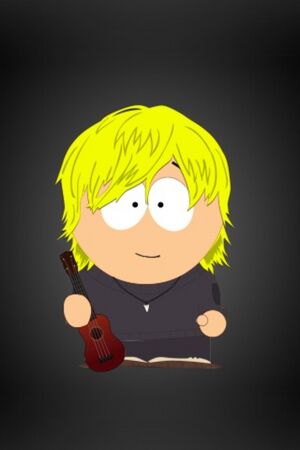 Godzilla3709 (or Godzilla for short) was the guitar guy of True Capitalist Radio and a former Inner Circle who used to call Ghost back in 2016.  Much like XaraHox, he would call in and either play a random piece, or some current things related to the broadcast.

Despite Godzilla playing tunes that Ghost will most likely recognize, Godzilla mainly likes to play metalcore, or hard rock music such as Of Mice & Men, Rise Against, Linkin Park, Nirvana, and even Killswitch Engage which would explain his pinned tweet: "Looking to start a metalcore band. #MusicOrDeath"

During the The G Suicide Hoax Incident, Ghost hosted a Paltalk Session discussing the incident and the possibility of the show while playing music and discussions other topics with people within the chat; While inside the chat, both Godzilla and the 727 Caller decided to open up the cams for a bit playing their guitars.

According to his words on the TCR Discord Chat, he mentioned that he "tries to remain neutral with Ghost on a few topics while at the same time still liking to troll on occasions." There has even been several splices he has been apart of that the people in Discord made. All of which have managed to make Ghost rage hard. Following The G Suicide Hoax Incident, Godzilla has decided to join him, SharpSplicer, and several other trolls & fans in boycotting the show which caused Ghost to ragequit during Capitalist Episode 369. On Capitalist Episode 373, an anonymous caller played a parody of Still Alive from Portal sung by him and Brony Drumming that was supposedly created by Godzilla himself. This caused Ghost to rage for 9 minutes claiming he was tired of the betrayal. Despite all of these incidents, Ghost was still eager to listen to him play guitar until early 2017.

Relations With The TCR Community

During the month of November, Godzilla started to feel more disenchanted with the way the community was heading during the TCR Cold War. He claimed to be on nobody's side and has seen and read both sides of the argument regarding TheBronyNetwork chatroom and Tinychat. Feeling that both chats are acting like idiots with the way they are handling the situation, he has stayed out of it.

Following the RaidenSnake hacking incident, Godzilla got fed up with the way people were acting towards Raidensnake himself and decided to go off on these trolls; Claiming on several videos and chats that they are acting like children if they are simply doing it because they can't stand him, claiming that they are accomplishing nothing, claiming that they are wasting their time giving one person a lot of misery. After making these comments, Capitalist Episode 410 showed no signs of action against Raidensnake.

On February 6th 2017, Ghost put Godzilla3709 on the Short Bus, claiming that he had "tarded out" and gave no further explanation. It was later revealed by Inner Circle members that he was accused of releasing the The Mahabone Leaks. After the announcement from Ghost, he decided to delete his Twitter and Youtube account having being fed up with the community as a whole.

After leaving the community

He has stated that he has no intentions on ever coming back to the TCR community even if he gets an apology.

After founding the Inner Circle Short Bus, Ghost announced that he was one of its members, although he had already left the community. He occasionally made fun of him and other ICBS members on the show by imitating how they typically acted like tards or autists.

Retrieved from "https://truecapitalist.miraheze.org/w/index.php?title=Godzilla3709&oldid=16499"
Categories:
Cookies help us deliver our services. By using our services, you agree to our use of cookies.