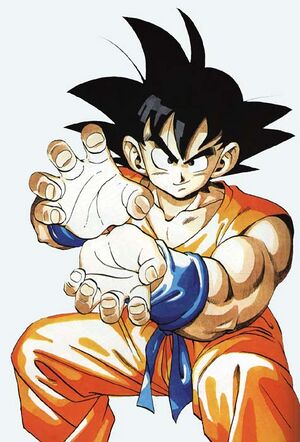 Goku was a long-time listener (from 2009) and serious caller. He was an American high school student at the time he called True Capitalist Radio.

He actually paid a lot of attention to Ghost, and really started investing his capital. Ghost had been encouraging him to get a job so he could get capital and begin to invest. He applied for a job at a fast-food chain but was rejected. Upon hearing the news, Ghost called up the fast-food place and proceeded to make allegations of discrimination and ended up ensuring that Goku would not be employed there.

Goku was no longer a frequent caller due to the invasion of troll terrorists onto the broadcast in June 2011, but he still listened from time to time and accepted his nomination for the Ghosties. He has not been heard from since Ghost's hiatus and eventual return in 2016.

Retrieved from "https://truecapitalist.miraheze.org/w/index.php?title=Goku&oldid=13832"
Categories:
Cookies help us deliver our services. By using our services, you agree to our use of cookies.