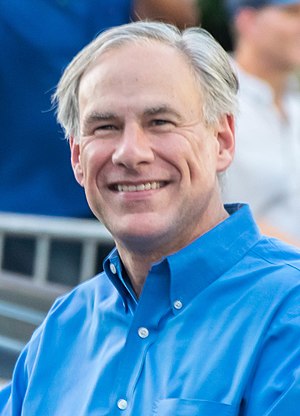 Gregory Wayne "Greg" Abbott is an American politician and lawyer. He is the 48th Governor of Texas and a member of the Republican Party. Ghost is a strong supporter of Abbott, and he has been especially happy about the open carry and campus carry laws that Abbott signed and he has since frequently discussed how much his guns are worth at the moment, and how happy he is to open carry an assault rifle around Sixth Street.

Ghost's support of Abbott has turned him into a semi-regular trolling target with trolls commonly either making fun of his paraplegia or splicing Ghost to say negative things about Abbott. On Episodes 308 and 309, many trolls made Twitter Shoutouts related to Greg Abbott's incident when his legs were burned, which caused Ghost to cans.wav a few times.

Retrieved from "https://truecapitalist.miraheze.org/w/index.php?title=Greg_Abbott&oldid=14950"
Categories:
Cookies help us deliver our services. By using our services, you agree to our use of cookies.