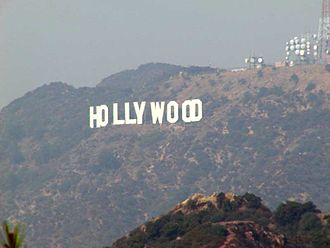 Hollywood is a small portion of the Los Angeles, California metropolis. It is also where one of the famous movie industries in the world exists. It has informally become the term for the general American film industry as a whole. It has been one of the more talked about show topics, dating back to Ghost's True Conservative Radio days. Back then, his Outro in at least one episode of True Conservative Radio was "death to the communists in Hollywood!"

Ghost has always had a negative opinion on Hollywood, because it is mostly comprised of Leftists. He believes Hollywood is one of the reasons why we live in Junkyard America. His opinion on Hollywood intensified during the Return, where most of them were opposed to Donald Trump, instead favoring then-Democratic candidate Hillary Clinton during the 2016 Presidential Elections.

Ghost has also frequently blamed Hollywood for pedophilia as he believes it's a largely accepted practice among Hollywood executives. In late July 2018 on Gab, Ghost linked to a video about a former actor, Isaac Kappy, who exposed names of possible pedophiles in Hollywood.

Retrieved from "https://truecapitalist.miraheze.org/w/index.php?title=Hollywood&oldid=12872"
Categories:
Cookies help us deliver our services. By using our services, you agree to our use of cookies.