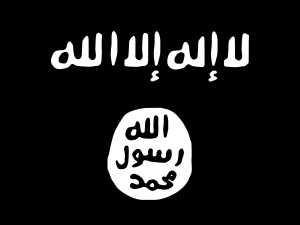 The Islamic State of Iraq and the Levant (ISIL), also known as the Islamic State of Iraq and al-Sham, the Islamic State of Iraq and Syria (ISIS), officially known as the Islamic State (IS) and by its Arabic language acronym Daesh, are a radical, Muslim extremist terrorist group who during summer of 2014 rose into prominence after they managed to capture vast swaths of land in a rapid offensive through Syria and Iraq and by June 2015 they had conquered an area populated by approximately 2.8 to 8 million people. They declared war to most of the Middle East and the western world, coordinated terrorist attacks across the globe and were a constant source of human rights violations and shocking headlines. They began to lose their territory in rapid succession beginning in 2016 after coalition airstrikes began to wreck their military and economic capabilities and by November 2017, they had been reduced to a rump state in the eastern border of Syria, with most countries declaring their victory over ISIS.

Ghost has frequently covered them and their happenings on True Capitalist Radio. He claimed, before Ghost's Absence, that Hillary Clinton and Barack Obama were destabilizing the Middle East with their happenings in Egypt and Libya, heavily criticizing their administrations and foreign policies. Ghost has since claimed credit for predicting the rise of ISIS, something even his more critical listeners would be forced to concede. He also would pin the blame on terrorist attacks that happened in Europe in 2016 and 2017 on the European Union and mainly Angela Merkel for their extremely lax policy of allowing unvetted refugees in their respective countries. Before The Break, he blamed United Kingdom Prime Minister Theresa May for allowing multiple terrorist attacks in which ISIS claimed responsibility.

Mahmoud is known to be a member of the organization. After the end of the civil war in Libya, Mahmoud joined the ranks of ISIS and by 2016 he had managed to rise to the rank of lieutenant commander within the organization.

Ghost has sometimes maintained extended conversations with serious listeners on the topic, including an out-of-character Tub Guy who once had much to say on the subject.

Retrieved from "https://truecapitalist.miraheze.org/w/index.php?title=ISIS&oldid=14849"
Categories:
Cookies help us deliver our services. By using our services, you agree to our use of cookies.