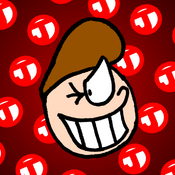 “HOW LONG DID IT TAKE YOUR STUPID TROLL TERRORIST CYBER-VERMIN ASS TO CONCOCT THAT SON OF A BITCHIN’ SPLICE?!”

J-Man Capitalist , or J-Man for short, was among the splicers and remixers in the TCR community who joined during the 2016 revival. Better known as YouTuber SneakiestChameleon, he was already prominent in the Team Fortress 2 community for making off-color, yet whimsical, splices and for recordings of other players’ rages, and he began using the same splicing skills for Radio Graffiti. As of 2019 he did the voices of various troll characters such as Ghost's granny.

When applicable, he shares his content with others via his YouTube channel. Until Ghost Show episode 46, he only relied on "relay" callers who often used the area code 352 to deliver his splices. He once also talked to Ghost from 540. Between Ghost's leave of absence in May 2017 and his return in October, J-Man got himself a real-life job, which he tried to troll Ghost about several times. Despite paying Ghost in a ton of donations, he advises other people not to do the same.

Apart from his splices and calls, he programmed two games based on TCR, one a bingo generator, and a Pac-Man clone called Mrs. GHOSTMAN featuring Ghost's wife, and has uploaded a few of the segments from March-May 2017 while Elfoxoloco was on hiatus. As a producer of YouTube Poop videos, he frequently references Ghost. 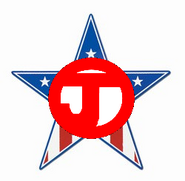 J-Man's avatar, when he presented himself to Ghost for his normal shout-out.

Trolls often use the Shoutouts segment to crack jokes at Ghost and various disasters, and J-Man is no exception. He used multiple Twitter accounts and later used one rapid-changing Gab account to troll Ghost directly, or to get him to say things for later splices, but sometimes used his default name to get a shout-out. In the Ghost Show, J-Man no longer does troll names in the shoutouts segment, but he's been seen trolling Ghost by way of text-to-speech.

He attempted to use his YouTube name on Twitter, but it was too long, so he had to settle for J-Man Capitalist. During that time, his unemployed status didn't reflect the name, but it did increase his chances of getting mentioned. In 2018, well after he got a job and called in about it, he decided to shorten his name to just "J-Man" after realizing Ghost didn't like him much either way. When Ghost moved to YouTube, he was finally able to use his YouTube name.

After 70 episodes of the Ghost Show, J-Man called the show a "farce" and a shell of its former glory, citing that its late/long schedule causes insomnia and decreased productivity and the consistent spams caused by chat and TTS aren't helping the show move along, and Ghost's less-than-professional treatment of the Darkblane Incident. He started taking a break after Episode 81 and wasn't back for a month, then he came back for a few episodes before complaining about the show's decline and stopping again, and as of now he's flip-flopping back and forth.

These are J-Man's first 5 compilations; the first four are from the audio-only TCR era. Other moments can be found on his playlist.

Retrieved from "https://truecapitalist.miraheze.org/w/index.php?title=J-Man_Capitalist&oldid=18627"
Categories:
Cookies help us deliver our services. By using our services, you agree to our use of cookies.