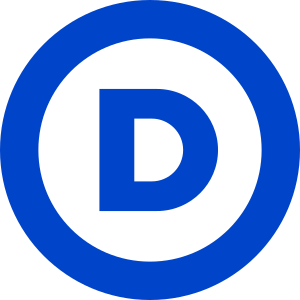 The Democratic Party is one of the two main political parties in United States, the other being it's long time rival, The Republican Party. The Democratic Party's ideology is based around Modern Liberalism, social and economic equality, creation of a welfare state, Progressivism and according to Ghost, Satanic pedophilia.

Ghost from True Capitalist Radio stands against almost everything that the Democratic Party represents and often referrers to the supporters of the party as "Long haired bed wedding liberal hippies". Throughout the years, Ghost has blamed them from almost everything that is currently wrong with United States from the creation of Junkyard America and Socialist indoctrination to trying to start World War III. Ghost believes that the Democratic Party, much like the Republican Party, is filled with selfish, hypocritical, sociopathic bureaucrats, that only want to make sure that they get rich once their term is over by abusing their campaign contribution funds.

Ghost's dislike of the Democratic Party has extended to former Democratic Party presidents: Franklin Delano Roosevelt for being "a closet socialist," and Lyndon B. Johnson for escalating conflict on what would eventually became the Vietnam War. His dislike of Johnson was shown on Episode 558 when he raged at one name on Ghost's Discord server saying that LBJ "equals the Pride of Texas."

In May 24th, 2016 Ghost initiated Operation: Barrel Roll, an attempt to discredit the political campaign of Hillary Clinton and create a rift between different camps of the party, hopefully leading to the destruction of the Democratic Party by causing these camps to leave the party and create their own one.

After the defeat of Hillary Clinton on November 8, 2016, Ghost has covered the party's failures in more detail, and covered key members of the Establishment on his Show Topics. There was a recount headed by Jill Stein which Ghost feared could have been in Hillary Clinton's favor, but to his relief, it didn't succeed. After Trump was sworn in on January 20, 2017, Ghost has noticed more of the Democratic Party's hypocrisy and covered their shortcomings more prominently.

Aside from hating Liberals, Ghost was shown during Episode 511 to have a strong hatred of hipsters when he raged upon reading the name, "Ghost the Crypto Hipster", claiming that the main reason he hates them is their "fruitbowl" glasses.

Democratic Party members with their own page

Retrieved from "https://truecapitalist.miraheze.org/w/index.php?title=Democratic_Party&oldid=13287"
Categories:
Cookies help us deliver our services. By using our services, you agree to our use of cookies.