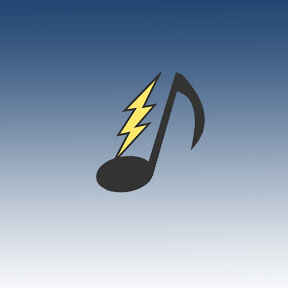 Lightning Note has been the Main uploader of Chatroom shoutouts and Radio Graffiti content since Bmar896 removed his videos in March 2018, and no longer wished to upload content from The Ghost Show.

Starting since October 2017, Lightning Note's uploads contain RG and Shoutouts in in their entirety both unedited and uncut for anyone who missed an episode and want to hear what they missed, and to prevent any troll bias as seen in the past, as well as due to Elfoxoloco leaving the community and no longer uploading full uncut Radio Graffiti sections. After Radio Graffiti and Shoutouts ended for good in Capitalist Episode 579, Lightning Note started to upload videos from another BlogTalkRadio host, TonyTalk, due to audience requests. However, stopped due to drama between the TCR and TonyTalk Communities. Lightning Note resumed uploading Radio Graffiti after Ghost returned with new incarnation of his show.

Lightning Note was a former Inner Circle member back in 2017. He eventually got banned due to some drama about a FIMfiction account and tweeting pony art during the initial purges.

Between late April and early May, Lightning Note's Yotube channel has been terminated due to many of his recent videos containing countless examples of Ghost's reaction to Splices making ghost sound like he was some kind of Grand-Dragon or something.

In mid-2020, Lightning Note is now moving to Bitchute

Retrieved from "https://truecapitalist.miraheze.org/w/index.php?title=Lightning_Note&oldid=19837"
Categories:
Cookies help us deliver our services. By using our services, you agree to our use of cookies.