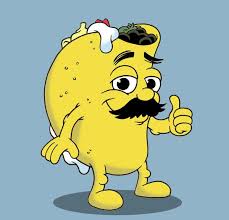 Mr. Tacos : Suspicious Tumbleweed is a cummed up gurgler-

Ghost: Oh, shut up you stupid stumblin' mumblin' idiot, I could hear that voice from a mile away; get the hell outta here.

Mr. Tacos was a frequent caller on Ghost's True Capitalist Radio. He was a prime example of a Stumbling Mumbling Jerk Dick as his calls are short and fast, and he typically never even finishes the joke or insult, as Ghost hangs up on him quickly. He often stumbles over his own tongue and forgets "how to spoken."

Mr. Tacos was a longtime caller and had been calling True Capitalist Radio for months, often multiple times per show in January 2012, which was the only time he even managed to irritate Ghost. Ghost usually doesn't like him very much but on occasion they have had a normal conversation. At times he would fruit up, talking about his gay relationship with Ibanezzo. His calls were of little significance, as he typically spouted old memes, or spoke too fast, getting hung up on quickly. Some callers were greatly irritated with him, such as the Ban All Bronies guy, quoting "How come this stupid Taco guy always gets on before me?". He was eventually doxed, along with his friend Iban in late January 2012 and stopped calling as a result.

He was one of the many people who never returned during Ghost's Return in 2016.

Mr. Tacos was remembered for having a massive slew of Skype names (whether they were paid or not, was up to the listener's questioning), which he could use to call Ghost as many times as he wished. While he was in prime at failtrolling in general, some of his names were amusing, especially when put into context as to how he tried to set up his calls.

Sometimes IbanEzzo used these names as well, and the two likely collaborated in creating them.

This was not a comprehensive list, as he called too many times to bother counting through.

Retrieved from "https://truecapitalist.miraheze.org/w/index.php?title=Mr._Tacos&oldid=13887"
Categories:
Cookies help us deliver our services. By using our services, you agree to our use of cookies.