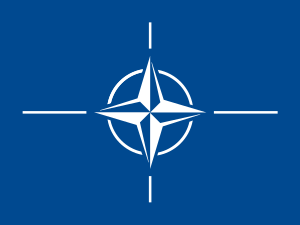 North Atlantic Treaty Organization or NATO for short, is a intergovernmental military alliance. It is for all intents and purposes the successor of the Western allies of World War II that includes: the United States, Canada, United Kingdom, Poland, Hungary, Germany, France, Turkey and numerous other European nations. NATO was founded in 1949 in an effort to contain the spread of Soviet communism in Europe. Throughout the Cold War, NATO was engaged in a bitter struggle against its Eastern European communist counterpart, Warsaw Pact from which it (debatably) came out as the winner with the fall of Soviet Union in 1991. With the fall of communism in Europe, the organization has been under harsh criticism as many people feel that there is no need for such military alliance in the Post Cold War era and some have been doubting the willingness of the older Western European members in helping defend the newer Eastern European members in case of Russian aggression.

Ghost has been highly critical of NATO and sees it as a globalist military power controlled by international conspirators and bureaucrats that are hell bent on starting World War III and he has often referred to various clashes between the two as "NATO's Saber Rattling". Ghost has also been critical of the various cut prizes, free weapons and other favorable arms deals A.K.A. "Military Welfare" that NATO countries and other US allies receive, as Ghost wants these countries paying a fair price for the American arms they receive. Ghost believes Donald Trump will be able to fix all of these issues plaguing the organization and hopefully even outright disband it.

In late 2016, Ghost's criticism of the organization had intensified. He had a feeling the Democratic Party and its members, along with NATO, were hellbent going into World War III against Russia, simply because Hillary Clinton and the Democrats were going to lose the election. Ghost noticed the tensions rising in sea/air conflicts between the aforementioned parties were evidence of them possibly going to war.

Retrieved from "https://truecapitalist.miraheze.org/w/index.php?title=NATO&oldid=12564"
Categories:
Cookies help us deliver our services. By using our services, you agree to our use of cookies.