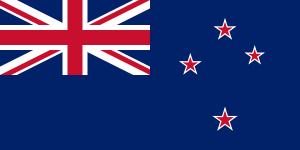 New Zealand is an island country located in the Pacific Ocean. It is near the continent of Australia, and both are in Oceania. While New Zealand has sporadically been talked throughout True Capitalist Radio, it has been a show topic since Episode 33 of The Ghost Show due to a mass shooting by a white nationalist. While Ghost condemned the shooting and once again denouncing the Alt-Right, trolls insisted that he radicalized the shooter, causing him to cans.wav during stream shares during Episode 33. This was not the first time trolling the country on his shows: Around the time Capitalist Episode 392 aired, they had an earthquake, which he also cans.wav'd at and called trolls making fun of the tragedy "soulless."

Interestingly, during The Return of True Capitalist Radio in 2016, he saw a lot of Twitter shoutout names with the name Kiwi, thinking he was popular in New Zealand. However, he was actually giving Kiwi Farms members shoutouts.

Retrieved from "https://truecapitalist.miraheze.org/w/index.php?title=New_Zealand&oldid=15353"
Categories:
Cookies help us deliver our services. By using our services, you agree to our use of cookies.