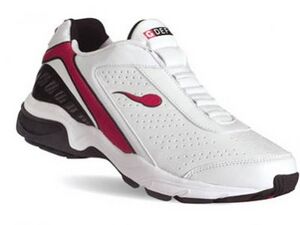 nycementshoes (aka NYSemenShoes or NyCementHooves by TCR trolls) was a 53 year old PalTalk user and a former administrator of Ghost's Capitalist Army chatroom. As his username suggests, he is from New York, most likely from Brooklyn.

After CelticBrony was stripped of his 'Best Brony' title he gained during the 2011 Ghosties, many trolls in the Capitalist Army chatroom voted for nycementshoes to be given the 'Best Brony' award, but Ghost chose to ignore the votes, and did not name a replacement in the end.

nycementshoes listened to True Capitalist Radio for the first time on February 13, 2012 via PalTalk and after the broadcast he called most of the TCR trolls "monkeys" but has praised some listeners as intelligent.

On 2/14/2012 TCRFanGuy found a post on Debi Daly's Show by nycementshoes on his Facebook. A massive shitstorm erupted when TCRFanGuy posted it on the Paltalk chat. Doxers quickly found nycementshoes' home address and phone number and started calling him.

Despite the doxing incident nycementshoes has forgiven the trolls that found his location and phone number; he still remains an admin of the Capitalist Army Paltalk room.

After Ghost's hiatus and the hacking of the Paltalk in late 2012, Nycementshoes has not been heard from since.

Retrieved from "https://truecapitalist.miraheze.org/w/index.php?title=Nycementshoes&oldid=9197"
Categories:
Cookies help us deliver our services. By using our services, you agree to our use of cookies.