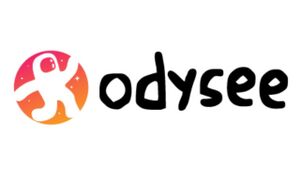 Odysee is a social broadcasting platform that is similar to YouTube, DLive, or VaughnLIVE. The website is run on blockchain with the cryptocurrency LBRY. Odysee is where Ghost airs The Baller Friday Show.

With Ghost moving The Baller Friday Show to Odysee on the second episode of TBFS, Ghost had to limit his stream to less than 4 hours to get a replay. This restriction is what lead to the fourth episode of TBFS being lost. With only footage of Twitter Shoutouts and Radio Graffiti segments left of the episode.

Like VaughnLIVE, Odysee also suffers from bandwith issues which causes many of Ghost's streams to buffer. Which made many listeners nickname the website Obamasee.

Retrieved from "https://truecapitalist.miraheze.org/w/index.php?title=Odysee&oldid=20625"
Category:
Cookies help us deliver our services. By using our services, you agree to our use of cookies.