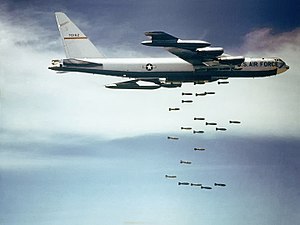 Not that operation barrel roll

Operation: Barrel Roll was an initiative founded by Ghost for the purpose of discrediting the political campaign of Hillary Clinton. It is not to be confused with Operation Barrel Roll, the American Air Division campaign in Laos during the Vietnam War.

To participate in Operation Barrel Roll, these steps were laid out by Ghost:

Ghost claimed the operation to be a massive success, despite people's doubts, though Ghost often points them towards the somewhat sizable contingent of Bernie supporters who switched sides and ended up voting for Trump, claiming that this has some connection with the Operation Barrel Roll campaign.

Retrieved from "https://truecapitalist.miraheze.org/w/index.php?title=Operation:_Barrel_Roll&oldid=11554"
Category:
Cookies help us deliver our services. By using our services, you agree to our use of cookies.