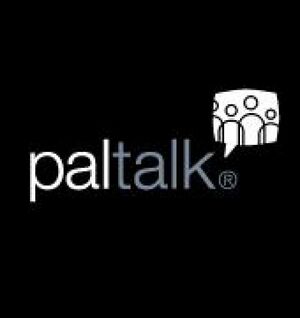 Paltalk is a chatting platform that allows users to use text, audio, and video to interact. Ghost was a Paltalk user prior to starting his radio show on Blog Talk Radio. Going by the username OG_Ghost, Ghost would frequent Political chatrooms and, according to him, try to start a substance-based discussion concerning politics. However, he apparently had a somewhat popular channel, and many of his early BTR listeners were friends from Paltalk. The Capitalist Army used to have a room on Paltalk, with Ghost being the owner, where they would organize raids and discuss whatever was on their minds after a True Capitalist Radio episode. This room closed in December of 2012.

Following The Return, Ghost initially refused to communicate with his fans outside of the broadcast and on Twitter due to the past drama on the site and the need to keep his distance from the community, however as of September 3, 2016, Ghost started using Paltalk again for the Ghost Inner Circle to host private chats under the username PoliticsGhost. It's unclear if he'll use it again in the future, however, due to the fact that he can't apply a password to the chatroom or else there can only be 10 people in at one time. Ghost later stated in an episode of the show that he may open it to everyone but make it so only Inner Circle members can talk to him.

Ghost has a clear dislike of Paltalk and its users. He believes most of them to be losers who have been chatting in the same room for the last ten years. He has alluded that the world has passed them by as they chatted with each other in their "stupid rooms". One group of users, according to Ghost, even met up in Las Vegas for an IRL meeting. He has stated that he has made enemies in many chatrooms; especially (but not limited to) the liberal chatrooms.

Following the End of True Capitalist Radio, Ghost hosted his final Paltalk chats at the end of May of 2012, expressing discontent with the circumstances causing him to end and eventually deciding that he would not do Paltalk chats anymore, since his listeners were ungrateful for even having him remain on Twitter. His final Paltalk, on June 1st, was five hours long and consisted of him giving thanks to individuals who helped his show in the long run. He stopped frequenting the chat after this, and his account was hacked by members of the GNAA during the December 2012 Twitter hacking and doxing, with the Capitalist Army room closing down as a result. Ghost later came back to Paltalk in September 2016 under the username of PoliticsGhost.

Note that Ghost sounds very different on his Paltalk than from his BlogTalkRadio shows because he uses a better quality microphone, and the connection to Paltalk is much better. Many idiots have attempted to prove 'og_ghost' as a fraud, but this is simply incorrect because of BTR's poor quality hosting.

On September 3, 2016 Ghost returned to Paltalk, hosting the first meeting of his Inner Circle. Although it was supposed to only be available to members who had paid to join the circle, Ghost discovered too late that Paltalk only ten members in free password protected chat rooms. The broadcast was over 10 hours long and is notable for featuring the first on-air sound of Ghost's wife's voice. Later that month, on September 27, Ghost held another chat session to riff on the first debate and talk about it with Inner Circle members.

On October 7, 2016 Ghost hosted an emergency Paltalk session following the "G Suicide incident" claiming that it may be one of his last public broadcasts. Ghost proceeded to host a nearly 6 hour chat session in which he berated G and did impressions of many of his callers including MaskedPony, Trumping Capitalist, G, Teutonic Plague and Twilie Atkins. He then proceeded to share some of his music collection falling in to a drunken stupor (according to his wife having finished 16 beers).

Ghost would return to Paltalk again after BlogTalkRadio wouldn't let him have a show at the same time as the 3rd Presidential Debate. He would give commentary on the debate and talk with people in the chat. G was also there, attempting to defend himself, and after a short argument, he was kicked.

Following the start of the Inner Circle Discord Chat, Ghost has had no reason to use Paltalk, due to its out of date technology. This likely means Ghost's days on Paltalk are over for good. This was further emphasized when Ghost launched his own chatroom for the general public on Discord.

Retrieved from "https://truecapitalist.miraheze.org/w/index.php?title=Paltalk&oldid=8519"
Categories:
Cookies help us deliver our services. By using our services, you agree to our use of cookies.