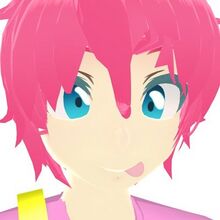 PranksterPinkiePie, later under the username Prankie_Pie, was a YouTube and Twitter user and troll who was responsible for a large number of True Capitalist Radio splices. His videos can be found at his YouTube account. The majority of them are brony-related, along with a few remixes. Ghost generally gets very angry at these and kicks him off promptly after any one of them is played, whether it is from Prankster, or random trolls who find them. Many other callers also utilize these splices without getting kicked out, though.

Prankster was arguably the most productive splicer of pre-return era of True Capitalist Radio, as he made 78 splices, many of them under 10 seconds long. His splices can easily be identified by an image of Ghost's avatar set in a pink background.

Troll War III was sparked by CelticBrony attempting to dox Ghost over and over, but failing every time. Ghost announced that until CelticBrony himself was doxed, he would not broadcast anymore. This announcement resulted in the TCR fanbase breaking up into smaller fragments, some on Ghost's side (even a large number of trolls), and a small minority on CelticBrony's. PranksterPinkiePie sided with CelticBrony during this war and because of it, a dox allegedly belonging to him was revealed by Ghost over Twitter. He claims that the dox are false.

As of The Return, a few of these TCR-related splices/remixes have been played, however not nearly as much as it was in 2011/2012.

PranksterPinkiePie returned to the show as a troll in November of 2016 under the name @Prankie_Pie. He has not made too many splices, however frequently tweets at Ghost and members of the show's community. However in May of 2017 during a tirade about cartoon fetished manchildren, Ghost wrote an article on how Prankie was an "example" of his views. During the time, Ghost released an unvalidated dox of Prankie with a YouTube video supposedly showing his face. After Prankie challenged Ghost to verify the dox, the article without word disappeared from Ghost.Report suggesting the dox to be inaccurate.

Retrieved from "https://truecapitalist.miraheze.org/w/index.php?title=Prankie_Pie&oldid=15915"
Categories:
Cookies help us deliver our services. By using our services, you agree to our use of cookies.