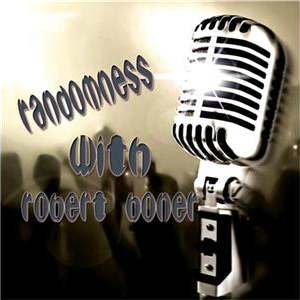 Yes, that's his real name.
Robert Boner (1983-2018) (also known as Robert Hambone or by his real name, Gene Valdez by other trolls) is a BlogTalkRadio host who is a frequent victim of prank call raids from a handful of members of the Capitalist Army in a similar manner as True Capitalist Radio regularly received.

He was discovered in June 2013 by a routine BlogTalkRadio troll when he prank called his friend's radio show using Ghost splices & My Little Pony-related sound clips. The prank calls were later made to Robert's show and before he knew it he became a favorite target for BlogTalkRadio trolling. He has since become a brony as a result of the My Little Pony-related calls & appearances by other bronies on his radio show.

The current BTR page can be found at this link.

Sadly, Robert Boner passed away in Late 2018. He will be remembered for his interaction with a small amount of trolls during The Hiatus.

Robert Boner first started his BlogTalkRadio show, "Randomness with Robert Boner" in 2010 as a raunchy radio show about sex & wrestling. The first incarnation of the show lasted until March 2011, and Robert went silent for a while afterwards.

He returned to BlogTalkRadio in September 2012 with the second incarnation of his show. The show's name was also changed to "Getting Boned with Robert Boner". This incarnation was short-lived and Robert ended the show again in October 2012.

He made another return to BlogTalkRadio with his third, and current incarnation of his radio show in June 2013 & the show's name was changed back to "Randomness with Robert Boner". Robert also made guest appearances on partner shows that his friends also hosted.

He currently changes channels every month, to exploit the free 30 day premium trial, since he no longer wishes to pay for his radio show. He is currently found on the 'Youcast Radio/Nation' network.

His former guests & co-hosts Cassandra Allnight, DJ Such & Such, Steve "Ironhead" Manning and Manning's sons Norman & Partyboy departed from BlogTalkRadio because of the trolls & a rumoured despute with Robert Boner. It's also confirmed via his Facebook account that he is in an open relationship with a 17 year old girl named "Shorty".

Boner normally picks up on his favorite 2 or 3 friends before delving into whatever topic is on his mind for the show's duration (normally 1 or 2 hours). He has a few 'characters' that make frequent appearences on the show (much akin to Ghost) - these include 'Leeroy Jenkins ' the anti-racist racist black weatherman (whose name is an obvious play on everyone's favorite Warcraft meme) and 'Hassant Been Sobar ' a Muslim man who makes prank calls and attempts to convert listeners to Islam. He does Chatroom Shoutouts at the end of the show, and takes random Facebook messages from listeners.

Discovery & beginning of the BTR raids

Robert Boner was no stranger to BlogTalkRadio raids. Prior to the current raids on his show, he was the victim of a series of raids on his show by a BTR troll/hacker group called "Real Shit Syndicate".

During one of his friend's radio shows which he was a special guest on, his friend's son, Partyboy was taking calls after Robert's appearance on the show & a mysterious caller called into the show & played DJ Alex S's Melting Pot of Alcohol remix, a splice of Ghost beating his son & the My Little Pony theme song. Partyboy was pissed off at the caller after the calls but the show continued during it's last minutes.

While Partyboy was the target of the raids at first, Robert Boner later became the main target because of his reactions to some of the prank calls.

Robert rage quitted from a few of his shows in reaction to the sudden arrival of trolls, but has since gotten used to the swarms that infest his switchboard every show. This doesn't mean that he no longer reacts to them however, clever callers who use multiple Skype names and Area Codes can easily play a clip multiple times over, as Robert struggles to remove them from the air for good, and gets quite irritated as a result.

On July 9th, 2013, Robert Boner was apparently the intended target of a raid & hacking incident but he was not on the air while his friend, DJ Such & Such was broadcasting a show called "Juggalo Nation" on Robert's other radio channel, "The New Rules". The calls started out with the usual splice & soundboard troll calls. An unknown troll caller called into the radio show impersonating Robert Boner. The caller even spoofed his number using Robert's actual cell phone number as a spoofed caller ID number. The real Robert Boner called into the show to confirm that the unknown caller was not him.

The raid intensified & the troll callers got too personal during the calls. Those callers were later nicknamed "Juggalo Haters" as those callers made rude comments toward DJ Such & Such. The callers even went as far as threatening him & his family.

The show was eventually hacked into by one of the callers(possibly the troll who called into the show using Robert's cell number). Audio files that were uploaded on the studio played at random moments, callers were hung up on & so on. The hacking incident itself lasted for 18 minutes until Steve "Ironhead" Manning changed the password and allowed the DJ Such & Such to regain control of the channel & the show.

After the raid, the troll callers quickly began using clips of Insane Clown Posse's "Miracles", Irate Black Man's soundboard after they were used in the troll calls at the time of the raid. More soundboards of African-American prank call victims such as Harlem Barber, Black Guy & even a high pitched version version of Irate Black Man were also used in future calls.

Despite trolling Robert Boner's shows and other radio shows that he partnered with, The Original Soundbyte Guy, Homer Bouvier discouraged against hacking the show and threatening harm to the show's hosts after the raid. He did encourage all trolls to keep trolling but in a less hostile manner.

The second raid on August 1st, 2013 on his fourth incarnation of his radio show, the show saw an increased number calls playing Toby Keith. Robert Boner slightly raged over the flood of Toby Keith calls. He prayed to God to "Set fire to the rain over the people who keep sending these Toby Keith soundbytes in". Toby Keith calls have since become common on the show and recently on PonyToast's radio show, "True Equestria Radio".

Connections to other BlogTalkRadio shows and reactions to Ghost listeners

After being discovered & later trolled by fans of Ghost's old show, Robert Boner became aware of Ghost & the  defunct Capitalist Army and has even attempted to call Ghost once but was given a wrong number. Robert Boner also appears on PonyToast's radio show, True Equestria Radio, and the two have formed a strange, but friendly relationship between one another (as a brony to non-brony would expect, Boner now knows the names of the ponies and learns more about the show with every new call). Tub Guy also attends shows once in a while, and was mistaken for being a Brit when he was allowed on the air.

Despite the fact that Ghost no longer calls into other BlogTalkRadio shows, Robert Boner had called out on Ghost to call into his radio show several times especially whenever fake Ghost impersonators log on to his chat room & pretend to be Ghost.

Robert has also made an appearance on Goofy Bone's radio show on Spreaker and later called him out for being a Robert Boner-wannabe after splices of him were played on Goofy's show assuming that he is being called 'Robert Boner' including a splice of Goofy saying that he was indeed Robert Boner. After learning of the troll calls to Goofy Bone, Robert & later on, his cast of characters raided the show & announced that there would be a 'war' between him & Goofy.

Retrieved from "https://truecapitalist.miraheze.org/w/index.php?title=Robert_Boner&oldid=19330"
Categories:
Cookies help us deliver our services. By using our services, you agree to our use of cookies.