“When times are dark and your friends seem fickle, just grab some poop. and give it a tickle.” 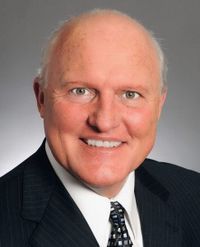 Senator John C Pooptickler, also known as Wild Goose was a troll and member of the Pooptickler family. He was best known for trolling Debi Daly into a not-so-quiet insanity and leading the attacks against Celtic Brony during Troll War III. The Senator was a casualty of a troll group battle following the war. He was "doxed" because it was felt he took credit for another troll group's work. However, the dox on him was incorrect. Despite this, he removed his Twitter Account and made his YouTube Account Videos private. However he quickly re-emerged following the attacks.

Senator Pooptickler was an avid troll of Debi Daly and often worked with other users like JohnBrand and Dr. Herpington. These individuals would constantly harass Debi both online and in real life. Debi claims these people have done a variety of things from signing Debi up for psychiatric sessions to exposing her for being a lying, corrupt, coke addicted baby stealer. Debi has claimed to file Internet Harassment charges against him and other trolls. He, along with his fellow trolls (especially Herpington), trolled her so hard that she started a show on a homophobic rant against Goose and Herpington.

The Senator was one of the leaders in the attacks against Celtic Brony following the attempted Ghost doxxing. Using information gathered by another troll group, he helped coordinate the attack on Celtic that ultimately made him quit the internet.

Following the war (in which Ghost gave much credit to the Senator along with various troll groups) the Senator was apparently doxxed by the NCF whom accused the Senator of taking credit for CelticBrony's dox. The Senator never really took credit but Ghost and others gave him much reverence for taking care of Celtic Brony. Following the doxxing Senator decided he would quit the internet. He removed his Twitter and made all his Youtube videos private.

But in the following days, the Senator was revived and came back to give a rousing speech that was played by Ghost on True Capitalist Radio. He reactivated both his Twitter and made a new YouTube channel and was active until Ghost left the show in 2012. He hasn't been heard of after Ghost's return.

Retrieved from "https://truecapitalist.miraheze.org/w/index.php?title=Senator_Pooptickler&oldid=18634"
Categories:
Cookies help us deliver our services. By using our services, you agree to our use of cookies.