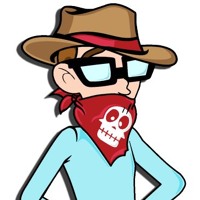 Usually referred to by Ghost as SeriouslySamsung, Serious Samsung is a splicer who quickly gained notoriety on TCR by winning the Best Fail Troll award in the 2017 Ghosties, despite having caused cans.wav multiple times. His nomination is attributed to his call in Episode 518, when he seemingly copied Twilie's "Fork You Texas" remix, but she is aware that it was a coincidence. Serious Samsung is sometimes deemed a failtroll by Ghost, but he has actually made various successful troll calls. Some of his most successful, and rage-inducing, calls include his "Turkey Templeton" splice that was played during the 2017 Thanksgiving episode, which was related to a Gab post he made before the call, a remix of "All the Way Up" with Ghost saying the n-word, which was played in Episode 529, and a remix of Depeche Mode's "Personal Jesus" with Alex Jones that was played at the end of Episode 549. He has also made various edits to Ghost's avatar, such as making it black and editing it onto Hillary Clinton.

Following Ghost's return with The Ghost Show on YouTube, Samsung returned to trolling him, and has teamed up with more well-known trolls, including Twilie Atkins, J-Man Capitalist, and Jackler.

As of 2021, Serious Samsung has since been on hiatus, and it is unknown if he will return.

Retrieved from "https://truecapitalist.miraheze.org/w/index.php?title=Serious_Samsung&oldid=20357"
Categories:
Cookies help us deliver our services. By using our services, you agree to our use of cookies.