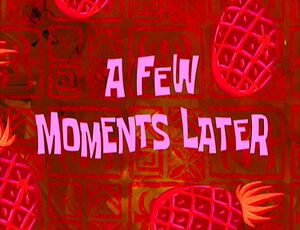 During the True Capitalist Radio broadcast, Ghost is often distracted, going on short rants about unrelated topics. He refers to these as soliloquies, and often apologizes for 'going off on a soliloquy there.' These rants vary in length and, being unplanned, cover a vast amount of topics that are not among the regulars covered during TCR.

Ghost's soliloquies are, increasingly since the Return, on the topic of conspiracies. Listeners have found it increasingly easy and amusing to distract Ghost by mentioning anything even vaguely related to NASA or any other conspiracy theory. Ghost's soliloquies sometimes annoy trolls as they can cut into Radio Graffiti time. However, some trolls manage to distract him when he's on these rants by tweeting/posting pictures of people that he hates, or otherwise besmirching him. Ghost was once trolled by a Twitter name called "True Soliloquy Radio."

Soliloquies were extremely common during the time that Ghost ran his show from ghost.report, with nearly every episode containing several long rants by Ghost, sometimes taking up almost the entire broadcast in the process. However, with the advent of The Ghost Show, Text-to-Speech trolls have been successful in distracting him when he's in a soliloquy.

This is a list of notable soliloquies Ghost has gone off on during True Capitalist Radio. Rants that already have their own pages should be linked to from here.

Retrieved from "https://truecapitalist.miraheze.org/w/index.php?title=Soliloquy&oldid=15433"
Categories:
Cookies help us deliver our services. By using our services, you agree to our use of cookies.