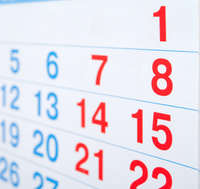 Ghost, the host of True Capitalist Radio, and before that True Conservative Radio, has aired several Weekend Broadcasts in his radio career. Although this practice has waned recently, Ghost still sometimes promises a weekend show, and is often in the Paltalk chatroom on those days.

After The Return, weekend broadcasts have become somewhat common again and tend to be hosted every few weeks. Though these broadcasts usually follow a similar structure to the regular shows, Ghost often dedicates them to breaking news subjects, such as the Orlando nightclub shooting, Hillary Clinton's emails, or Deray's arrest. He usually hosts these special shows on Sunday, though in one case he has done two broadcasts in one weekend, for the first time since 2009.

Note on the dates 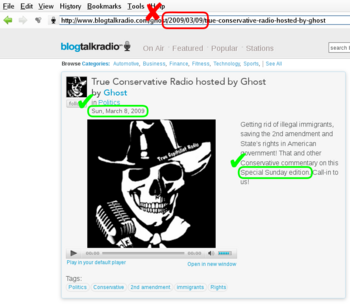 He never said that, god dammit!

The True Capitalist Radio Wiki dates each episode according to its BlogTalkRadio URL. This is fine most of the time, but there are rare occasions where, for some unknown reason, the URL looks like it occurs one day later than the actual air date of the episode. While this is infrequent, it seems to happen more often during Friday and Saturday broadcasts.

Because of this uncertainty, we're actually not quite sure if we got all of the weekend dates. If you find one that is not on this page, please add it, but be sure to use Ghost's date and not BTR's.

In the days of True Conservative Radio, Ghost was more free-format with his broadcasting times. This led to a number of shows being aired on a Saturday or Sunday.

As of March 4th, 2017, Ghost has assured that Saturday shows will be a regular feature in the form of Saturday Night Troll Show. Following The Break, Ghost has announced his intention to discontinue the Troll Show but continue regular weekend broadcasts in some form, announcing in Capitalist Episode 501 and Capitalist Episode 502 that he was considering starting a weekend gaming stream. As of 2018, so far it has never come to fruition, however Ghost has occasionally hosted weekend Gab streams since April 2018.

Retrieved from "https://truecapitalist.miraheze.org/w/index.php?title=Weekend_Broadcasts&oldid=10667"
Category:
Cookies help us deliver our services. By using our services, you agree to our use of cookies.