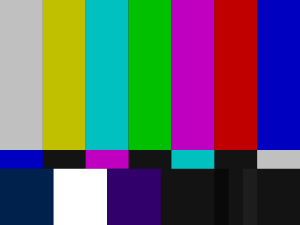 Technical Difficulties occur when the True Capitalist Radio broadcast is disrupted by circumstances beyond Ghost's control. Causes range from his microphone making beeps or going haywire to Ghost's switchboard malfunctioning and even problems with Blog Talk Radio itself.

If the listeners can hear it, Ghost usually hears it too. He responds to these infrequent incidents by demanding that the Engineer fix the problem while The Girl from Ipanema plays in the background. Occasionally, during these small breaks, The Engineer will end up taking over the show himself, usually while Ghost is out of the room.

Ghost has occasionally played other tracks during Technical Difficulties or while he's on a short break, such as the TCR theme and Pampers & Ponies, both by Electric Fence.

Since mid-2016, Technical Difficulties have become rarer, however in select cases such as Templeton taking a crap or biting Ghost, he will tell the engineer to put "the whore from impanema" on while he goes and deals with the problem.

Only two known episodes had to be ended prematurely due to technical difficulties: Episode 90 (Blog Talk Radio feed went out with nearly twenty minutes left in the episode) and Episode 572 (Internet outage on Ghost's provider, causing him to be unable to take calls).

All of Ghost's Gab livestreams that he's performed have suffered technical difficulties, with the first and second one ending abruptly, and the third one forcing Ghost to set up a new stream to continue broadcasting.

Retrieved from "https://truecapitalist.miraheze.org/w/index.php?title=Technical_Difficulties&oldid=10847"
Categories:
Cookies help us deliver our services. By using our services, you agree to our use of cookies.