Tenable, with your host, Warwick Davis

Tenable (stylized as TEN△BLE) is a British game show hosted by Warwick Davis and aired on ITV since 14 November 2016. The main objective is for 5 contestants to fill in lists of 10 items each for a cash prize up to £125,000. Episodes are also available for viewing on YouTube. There is also a mobile app available, as well as a board game. 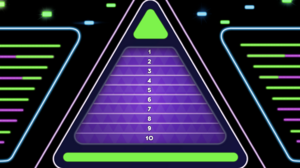 Is Ghostler a Tenable answer?

Often used as a bait-and-switch donation, people would donate links to episodes of Tenable, claiming it is one thing, only for Ghost to find out it's yet another episode of Tenable, often getting Ghost to the point of cans.wav if it's repeatedly donated over and over again.

Ghost often makes negative remarks about Tenable, mainly the fact that Warwick Davis is, according to him, a midget and often expresses his hatred for midgets. There are some occasions where Ghost seems to get into the game, often rooting for the contestants to win the cash prize.

Retrieved from "https://truecapitalist.miraheze.org/w/index.php?title=Tenable&oldid=18423"
Category:
Cookies help us deliver our services. By using our services, you agree to our use of cookies.