The Mahabone Leaks are a series of Inner Circle recordings posted on Mixcloud by an anonymous user. The recordings occurred during the first IC session and again when the Inner Circle moved to Discord from January 13th - 28th of 2017. (The recordings from the 29th and 30th are actually repeats of the Jan 28th leak). While creating the Inner Circle Chatroom, Ghost made it clear especially to people such as TheBronyNetwork that he didn't want anyone recording chat sessions. Any attempts would result in a member of the chat to be banned from the chatroom.

These are the same recordings that were used against Elfoxoloco when he explained his thoughts on group think and how Ghost can be a contrarian, eventually resulting in his banning.

This incident has sparked debate from both IC members, fans, and trolls over who was involved.

Accusations of the leaker’s identity

According to a user on the wiki, there is only one person that has ever went under the name Mahabone. Kylecnj, the same person who started the FBI Call Incident back in 2016. Photo evidence that still remained of Kylecnj on the web shows that he has used this name on his Twitter. This, however, could very well be a red herring, as these accounts were not found when Kylecnj was ran off the internet during the FBI Call Incident. 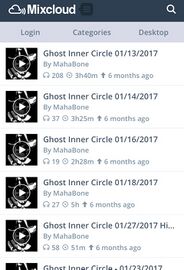 On Episode 444, a troll tried to frame TheBronyNetwork with the Twitter name "BN King Recording Inner Circle", causing Ghost to go on a small rage hoping that it better not be true. However, it was later revealed that the twitter account was a fake made by Disco Waffle in order to attempt to take the blame off of Godzilla3709, who many trolls felt was innocent.

During an IC Purge in January 2017, several Inner Circle members pointed fingers at Godzilla3709 using the excuse that there hasn't been any new recordings since he was kicked from the chat, however the Mahabone leaks stopped 4 days before Godzilla was kicked. Other members that were kicked out around the same time the leaks stopped were KingEdUndead, 727 Caller, Disco Waffle, and a few unknown unwanted members that have somehow managed to get into the server.

During an argument between InsaneEnergy and Elfoxoloco over Twitter, Elfoxo made a claim that MaskedPony and/or sh1zbr0 was behind the leaks based on the profile photo that was used on the Mixcloud account. This, however, is unproven, and Sh1zBr0 remains a member of the Inner Circle to this day.

Following the end of the TCR Chatroom Cold War, some accused Disco Waffle of being the one behind the leakings, due to his confession of having involvement in other leaks, being kicked out around the time the leaks stopped, and the aforementioned twitter name blaming BN King. However, there is no definitive proof, and Disco did not confirm nor deny involvement with Mahabone in his confession text file. 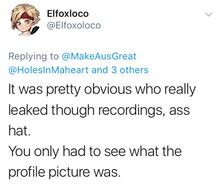 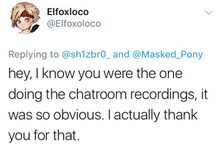 Retrieved from "https://truecapitalist.miraheze.org/w/index.php?title=The_Mahabone_Leaks&oldid=13930"
Category:
Cookies help us deliver our services. By using our services, you agree to our use of cookies.