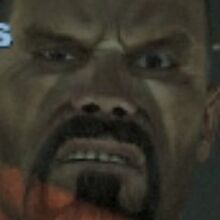 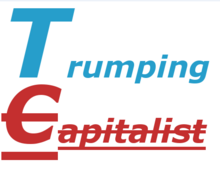 Trumping Capitalist (also known as: @ThegodofRage, @TrumpingC, @TrumpingCapita1 or Trumpublican) was a listener and serious (for the most part) caller on True Capitalist Radio in the 2016-2017 era of True Capitalist Radio. He often called the show during this era and wrote about serious news topics, such as the Cruz Sex Scandal, Hillary's Email Scandal, the Clinton Foundation, and the Runa Capital Investigation. Trumping was known to be an close ally of Ghost, and he frequently did various investigations on his behalf, until their relationship began to deteriorate in 2017. He used to be a more respected caller than the Short Bus Members and other Serious Callers (Though still seen as autistic by most trolls) since he used to hang around the OG Capitalist Army chatroom from time to time and occasionally took part in trolling activities himself. This all changed when he was caught leaking screenshots from a chatroom to InsaneEnergy, leading to him losing all of his respect in the eyes of trolls and being crowned a Short Bus Member. He confirmed during Episode 371 that he is of Jewish descent, which Ghost took relatively well. On Episode 404 he called in during Radio Graffiti and called Ghost "Pickle Boy" and a hambone, causing Ghost to rage over the betrayal.

On March 4th, Trumping's original Twitter handle was suspended, but quickly reappeared under the new handle, @TrumpingC. He immediately wrote an article expressing disdain and disgust, as well as confusion about his suspension. It was later determined that he was suspended due to "Targeted Abuse / Harassment". On March 13th, His alternate account was suspended for reasons unknown, and resided under the new handle, @TrumpingCapita1. He was permanently suspended off of twitter in the middle of a DM conversation with a person that allegedly had info about a pedophile ring in Hollywood, and now only uses gab as his social media.

Ghost got very upset with Trumping on the 8th episode of the Saturday Night Troll Show, after it was revealed that Trumpin cared more about getting paid for his articles on ghost.report than Ghost's safety following his short disappearance.

The following Monday during Episode 497, after Ghost went on a massive rant/tirade when InsaneEnergy called him a Jew while in the Inner Circle chatroom, Trumping was targeted as well, with Ghost stating that he "sperged out", and claimed that he had been trying to rally the chatroom to support him against Ghost on the matter. Although Ghost didn't give out names, people were quick to deduce who he was talking about, as he mentioned this person had a birthday, and at the time of the broadcast, it was Trumping's birthday.

After leaving the Inner Circle, Trumping was kicked out of Tison Rockit's discord room due to him being caught feeding screenshots to InsaneEnergy in a different server. It was also rumored that he had been leaking the Inner Circle chatroom via DMs to several people, however this was never proven.

He reposted Ghost during Gab shoutouts in Capitalist Episode 502, but Ghost responded to this repost by ridiculing him and making fun of the way he talks. Trumping would call in on Capitalist Episode 510 to speak with Ghost, however Ghost quickly shut him down, telling him that "he could have a balloon in the corner".

However, since the start of Ghost's Chatroom, Ghost has reposted some of Trumping's posts, and even posted a new article Trumping wrote on his blog. On June 4th 2018, Ghost posted a full article by Trumping on ghost.report, indicating a repaired business relationship between the two of them.

In Episode 595, Trumping called in to talk with Ghost about information on pedophiles in Hollywood that the former and some members of the TCR chatroom uncovered. This confirmed that Ghost and Trumping are now on good terms again. In late September 2018, Trumping was unbanned and returned to the IC.

Trumping announced in early November that he was planning to run for a US House Seat in 2024 if nothing was going to change and the Republicans continued to be walked over. Trolls and former Inner Circle members called him an idiot for suggesting such an idea and threatened to blackmail him by revealing an incident where Trumping hit his mother, should he ever run for office.

Retrieved from "https://truecapitalist.miraheze.org/w/index.php?title=Trumping_Capitalist&oldid=18662"
Categories:
Cookies help us deliver our services. By using our services, you agree to our use of cookies.