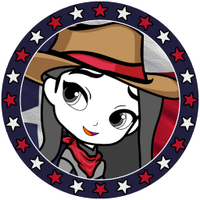 —Ghost, after Twilie Atkins made an abridged anime parody of True Capitalist Radio in Capitalist Episode 528

Called "Twilly Atkins" or "Tweely Atkins" in Twitter Shoutouts, Twilie Atkins is a predominantly Baller Friday and Saturday Night Troll show caller to the True Capitalist Radio broadcast originally known for My Little Pony trolls, in later episodes gaining more notoriety for audio splices and collab calls. First appearing as a caller in Episode 292, Ghost referred to Twilie as a transgender, in later episodes realizing that it was a pony calling him. Ghost usually refers to Twilie as a "Bitch Horse" due to her transition from My Little Pony calls to cans.wav-inducing splices.

Referred to as the 'Nickleshy' incident by Ghost, Twilie first rose to noteriety during the broadcast of Episode 344, Twilie as Fluttershy managed to occupy 3 of the 20 Radio Graffiti calls taken, being the only caller to receive cans.wav, with two calls back to back, receiving cans.wav on all 3 calls. For parity, the full text can be found here.

Trolling in the brony community 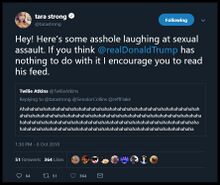 Twilie has gained some level of infamy in the general brony fandom for getting True Capitalist radio in both The Top Ten Pony Videos of December 2016 and The Top 10 Pony Videos of January 2017 the latter leading to some criticism from the brony fandom over brony trolls in general as well as Twilie herself.

Twilie has further cemented her infamy as a brony troll by being called an "asshole" and blocked by Tara Strong, who was trolled by Twilie, on Twitter.

Around Episode 448, Twilie appears both via Twitter (via an account that has now disappeared) and via the broadcast to have been potentially doxed with a Radio Graffiti call in Moon Man's voice claiming that Twilie's real name is Bonnie (something which she initially denied publicly), delivering Twilie Atkins an ultimatum: Delete her Twitter account, or she would be fully doxed. This continued in to Episode 449 with an additional Moonman call claiming Twilie has a degree in psychology from the University of Texas. It is debated whether or not this is a genuine dox with some claiming that in private quarters, Twilie has acknowledged the legitimacy of the dox. Given that Twilie did receive her honorary mention from Ghost for Best Fail troll of the year 2016, it is likely only Twilie and Ghost are aware of Twilie's identity.

As of March 2019, Twilie has made 107 calls to the True Capitalist Radio, Saturday Night Troll Show, and The Ghost Show broadcasts, and has achieved 78 instances of cans.wav.

Twilie made her return in The Ghost Show Episode 30 with a remix of Jewish Ghost. From then until her transition to being a serious listener, she began calling in during Radio Graffiti on a semi-regular basis, usually being the last caller and sending Ghost into a massive fit of rage.

Twilie in the Inner Circle

In The Ghost Show Episode 42, a troll named Dark Meme Magician Girl donated $300 via Text-to-Speech so that Twilie could join Ghost's Inner Circle.

While Ghost was skeptical about this, many trolls used the hashtag "#IStandWithTwilie" in support of her. Due to the fact that Twilie called in to shout-out the Inner Circle in The Ghost Show Episode 48 and removed her troll archive soon after, it is believed that Twilie has joined the Inner Circle and retired from trolling.

Aside from retiring from trolling, Twilie Atkins' twitter account has been more actively used, and Twilie has called out several old accomplices from the trolling community, stating that they are "autists and aspies", while also calling out The Outer Circle. Which, during The Ghost Show Episode 50, caused a few outer circle members to create another Hashtag in a group call once more, this time the hashtag being "#IStandAboveTwilie" to call Twilie out for what she had done on her Twitter, and for her incredibly hypocritical claims involving the Outer Circle discord and the La Casa discord. This caused Twilie to comment on Episode 50, saying that the "autists" make her laugh.

Since these events, Twilie has received ridicule of the same intensity of the "Type 'CAP' to ban Captain Deci" troll. Because of the trolls' backlash against Twilie for "betraying" them, it is believed that even if Twilie gives up the Inner Circle or gets kicked out, she will not be accepted by the trolls again.

After Twilie Atkins removed her archive, she began posting tweets on twitter that would present pictures of a person deciding to refuse to take down the content that Twilie wanted removed after which it would be taken down by Twilie, within reasoning, this was OK. Another tweet a few days later, stating "You autists never learn..." presenting a video from the Return era that involved Twilie Atkins trolling people. It was now revealed that Twilie was actively seeking out videos to copyright claim and remove from YouTube, no matter what era of True Capitalist Radio or The Ghost Show it was. At this point, even serious listeners and fans of Twilie began to call her out for "pulling a finebros" and going on a copyright claiming spree to remove any trace of them trolling at one point.

Retrieved from "https://truecapitalist.miraheze.org/w/index.php?title=Twilie_Atkins&oldid=18594"
Categories:
Cookies help us deliver our services. By using our services, you agree to our use of cookies.