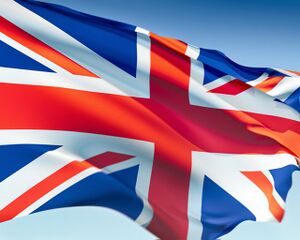 Tzeki is of course from England!

Tzeki was a British Skype caller on Ghost's True Capitalist Radio broadcast from Winchester, Hampshire, England. Ghost saw him as a friend and a "serious caller." Tzeki was a rival of Goofy Bone. His calls often involved a British point of view on Ghost's subjects. This was surprisingly welcomed by Ghost, who, on occasion, referred to him as "everyone's favorite intellectual." He could also be heard on "The Debi Daly Show," sometimes causing her much grief. Although he was not a part of it, Tzeki was passively a major cause of the IbanEzzo Doxing Incident. Tzeki, along with many other callers, never called Ghost again when Ghost returned in 2016 to True Capitalist Radio, though he was still listening to the show according to one caller.

Unlike other serious callers, the cyber vermin of the chatroom didn't entirely hate Tzeki. This was likely because of his admitting to being a brony, even though this admission was likely just to get under Ghost's skin. This, coupled with his occasional, subtle trolling and constant owning of Goofy Bone (arguably the most hated person on the broadcast at the time) made him a fan favorite.

Goofy Bone and Tzeki, both serious and regular callers, quickly became enemies on the True Capitalist Radio broadcast. Being friends with both of them, Ghost remains neutral during their arguments, though he often starts them. When either Goofy Bone or Tzeki calls the True Capitalist Radio broadcast, Ghost usually ends their call by bringing in the other, allowing an argument to ensue. Tzeki is known for arguing using logic and facts while keeping his cool, whereas Goofy Bone would argue by shouting and calling Tzeki names.

On Episode 157, Tzeki called in during Radio Graffiti pretending to be Goofy crying about not being able to sell any of his stuff. Upon revealing himself to be Tzeki, Ghost was hardly upset at all because of how convincing he was.

Retrieved from "https://truecapitalist.miraheze.org/w/index.php?title=Tzeki&oldid=13904"
Categories:
Cookies help us deliver our services. By using our services, you agree to our use of cookies.