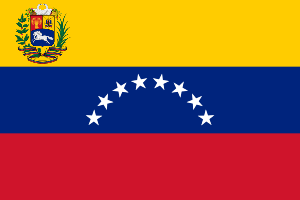 Venezuela is a country located in the northern coast of South America. It was one of the first countries in South America to declare independence. Some of its main exports are coffee and oil.

Ghost has been extremely critical of Venezuela, calling it a socialist utopia. He had never liked Hugo Chávez, who was president of Venezuela at the time, and criticized him multiple times on True Capitalist Radio before Chávez's death in March 2013. Of course, since this was during Ghost's Absence, it's not known what his opinion was. After his death, Nicolás Maduro took over as president.

When Ghost returned, his views didn't change much when Nicolás Maduro was facing massive protests and food shortages in 2016, 2017 and 2018. He often pointed to Bernie Sanders supporters what the realities of a socialist utopia was. In the scenario where Sanders and Donald Trump ever debated, all Trump would have to say is "Venezuela" and win the debate. There were Twitter Names related to the food shortage tragedy, where Venezuelans were forced to eat their own pets to survive.

Retrieved from "https://truecapitalist.miraheze.org/w/index.php?title=Venezuela&oldid=15248"
Categories:
Cookies help us deliver our services. By using our services, you agree to our use of cookies.